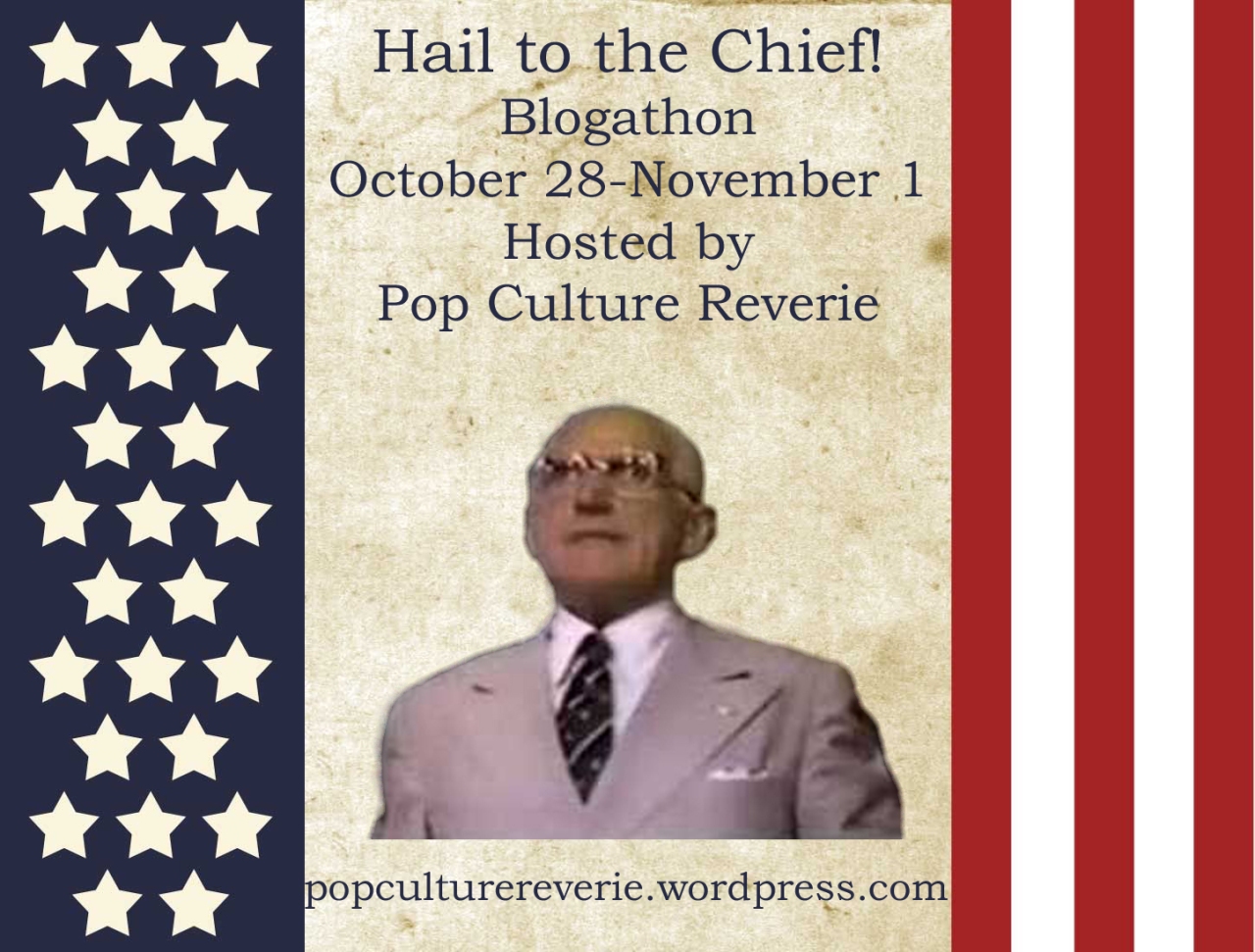 Check out this great blogathon being hosted by Robin over at PopCulture Reverie which will take place at the end of October. I urge you to sign up and take part!

This November, voters in America will elect the 45th President of the United States of America. From George Washington to Barack Obama, 43 men have held that office (Cleveland is counted twice). Movies and television have told the stories of many of those people, plus a few more conjured from writers’ imaginations.

From October 28 – November 1, it’s time to pick a president!

1. Feel free to write about any film or television show about the President of the United States of America, real or fictional. Or, write about how various films and TV shows present a single president.  The choice is yours.

2. One duplicate of each topic will be allowed.

3. To express your interest in participating in the blogathon, leave a comment on my blog, along with the name and URL of your blog, and the subject you wish to cover, or you can always…