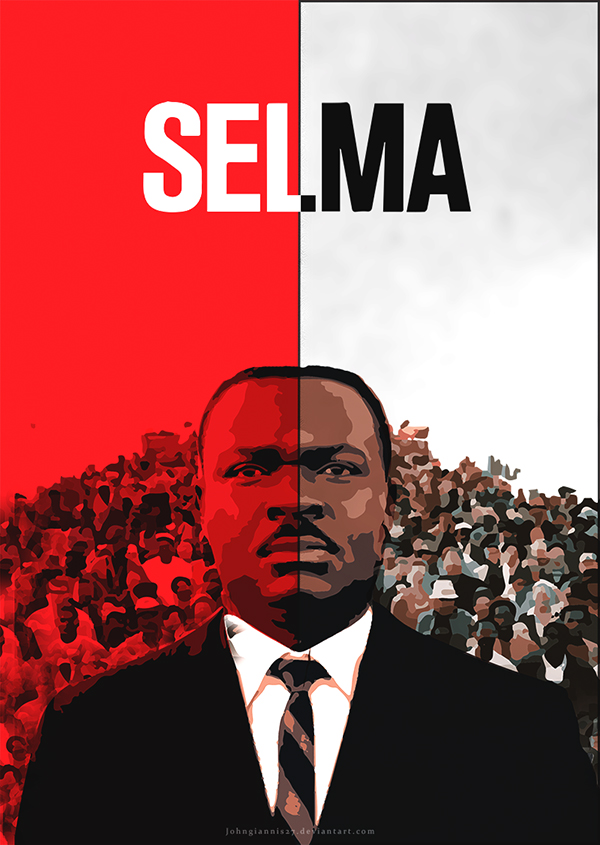 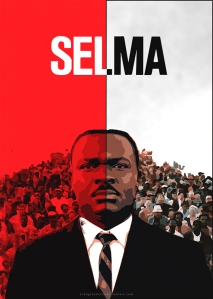 “What happens when a man says enough is enough? ” – Martin Luther King Jr.

Brief Synopsis – Biopic of the historic march by Martin Luther King and his followers from Selma Alabama to the state capital in 1965 in order to try and change voting registration policies for black voters.

My Take on it – Having now seen this film three times, I am still convinced that it is one of the best films of 2014.

The way that this film portrays the struggle of MLK and his followers in amazing and it’s quite easy to see how much love and tenderness was put into making this film.

The tone and pacing of the movie is done in such a subtle way hat it builds up the tension perfectly but also gives us a civics AND history lesson at the same time.

The way that MLK and his followers needed to confront so many different levels of government in order to win the right to vote is shown extremely well.

I know that a lot of people have complained in the past 18 months over the lack of diversity in Oscar voting and that may be true on a whole, but this movie is a perfect example of a worthy Oscar contender getting snubbed.  We’ll never know the true reasoning for the subs but the fact that an amazing movie like this only managed to get 2 Oscar nominations (Best Picture and Best Original Song) is pretty appalling.

The win for Best Original Song is a nice consolation prize, but it unfortunately isn’t enough.  The biggest shock to me is that David Oyelowo wasn’t even nominated for Best Actor after the way he portrayed MLK in this film.

Great supporting cast helps make this film what it is.

This is such a powerful and emotional story that needed to be told and they do a wonderful job here.

Bottom Line – Third time continues to be a charm. I still love the tone and pacing of this film and it really shows the difficult plight of MLK and his followers who continued to try and fight injustice on numerous levels in local, state and national government. Oyelowo is amazing as MLK and was definitely snubbed by not at least receiving an Oscar nomination for this role. The Best picture nomination and Best Original song win are nice consolations but not nearly enough for such an amazing and emotional story. Excellent supporting cast. Highly recommended!

MovieRob’s Favorite Trivia –  Although the film is American and takes place in the South, the primary cast members are all British: David Oyelowo, Carmen Ejogo, Tom Wilkinson, and Tim Roth. (From IMDB)