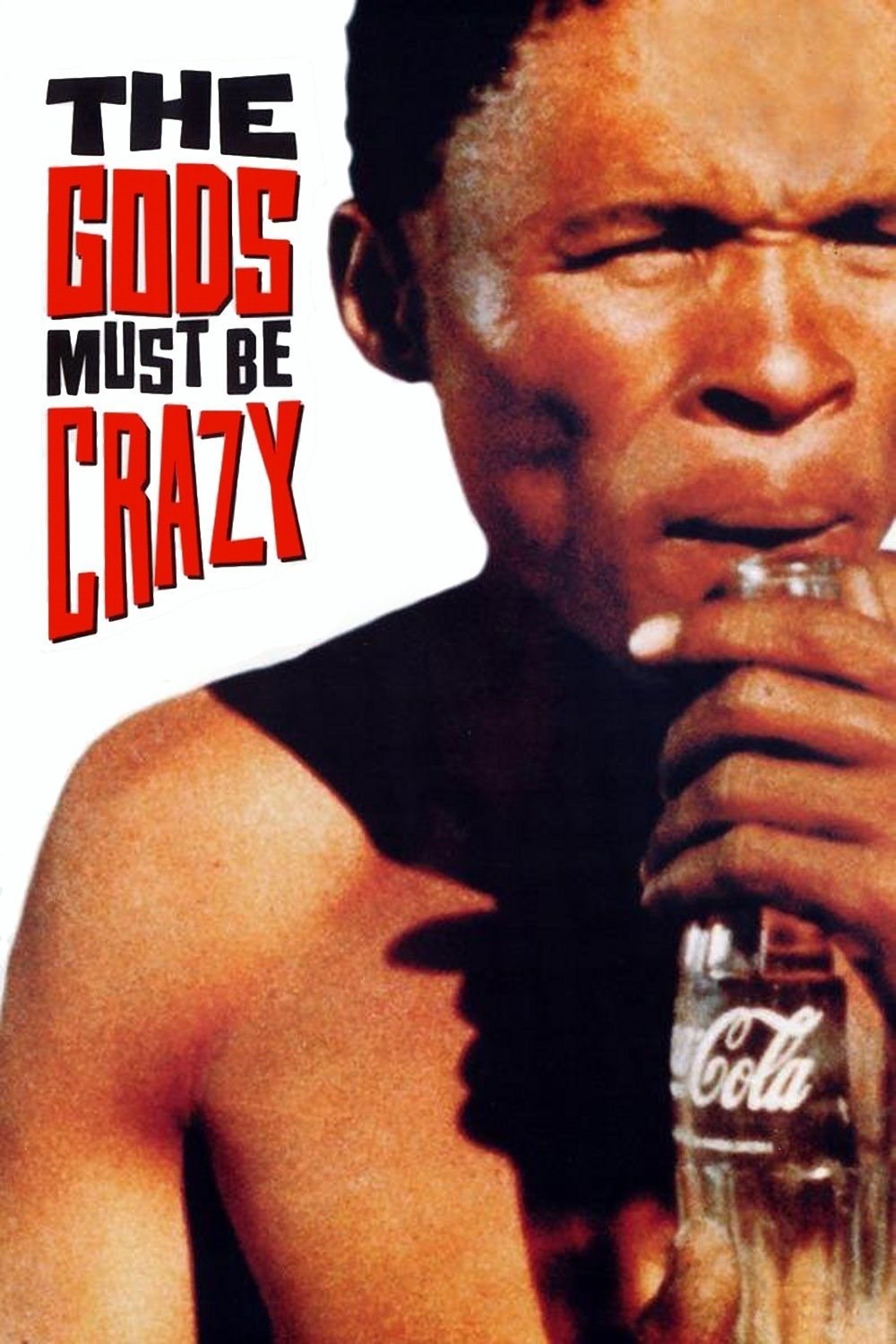 Thanks to Summer of Serendipitous Anachronisms for this recommendation.

“They’re very gentle people. They’ll never punish a child or even speak harshly to it. So of course the kids are extremely well-behaved, and their games are cute and inventive. ” – Narrator

Brief Synopsis – An African bushman goes on a journey to throw a glass bottle off the edge of the Earth and along the way meets strange people and conflicts that he was never exposed to before.

My Take on it – I saw this movie in the theater when I was ten or so.

I could only recall the fact that a bushman finds a coke bottle and wants to get rid of it for good.

When Summer suggested this, I hoped that the story would be more engaging then I recalled.

This movie is clearly a satire of the differences between two prevalent ways of life in Southern Africa; the way of the bushmen and the way of the modern world and tries to determine which is a better way of life.

Unfortunately, this film comes off more as a farce than the kind of research study that Margaret Mead or any other anthropologist would try to do.

The comic antics get to be too much quite quickly and it took away from the enjoyability of the film for me.

The narration was humorous in some parts but that too got to be too much too quickly.

That being said, I believe that I do understand what they were trying to do here, I just don’t think they were successful enough in their endeavor.

I am also aware that this film played for a VERY long time in the theaters (I did see it in the US about 4 years after it was made) and therefore must have been quite popular, so apparently I am alone in my feelings here.

Bottom Line – A satire on both life in the “bush” and life in the “civilized” world. But who is really more civilized? Has some funny scenes but overall if comes off as more of a farce than an enjoyable film.  The comic antics and narration had some funny parts, but both wore out their welcome quite quickly. I understand what they are trying to tell us here, but I just wasn’t the biggest fan of the way it was done.

MovieRob’s Favorite Trivia – The film ran for 532 consecutive days at the Oaks Theaters in Cupertino, California, setting a record for the longest uninterrupted run of any movie in Northern California. It was pulled only because the film reels fell into disrepair and a large section caught fire. After such a long run, replacing the reels was too expensive.  (From IMDB)