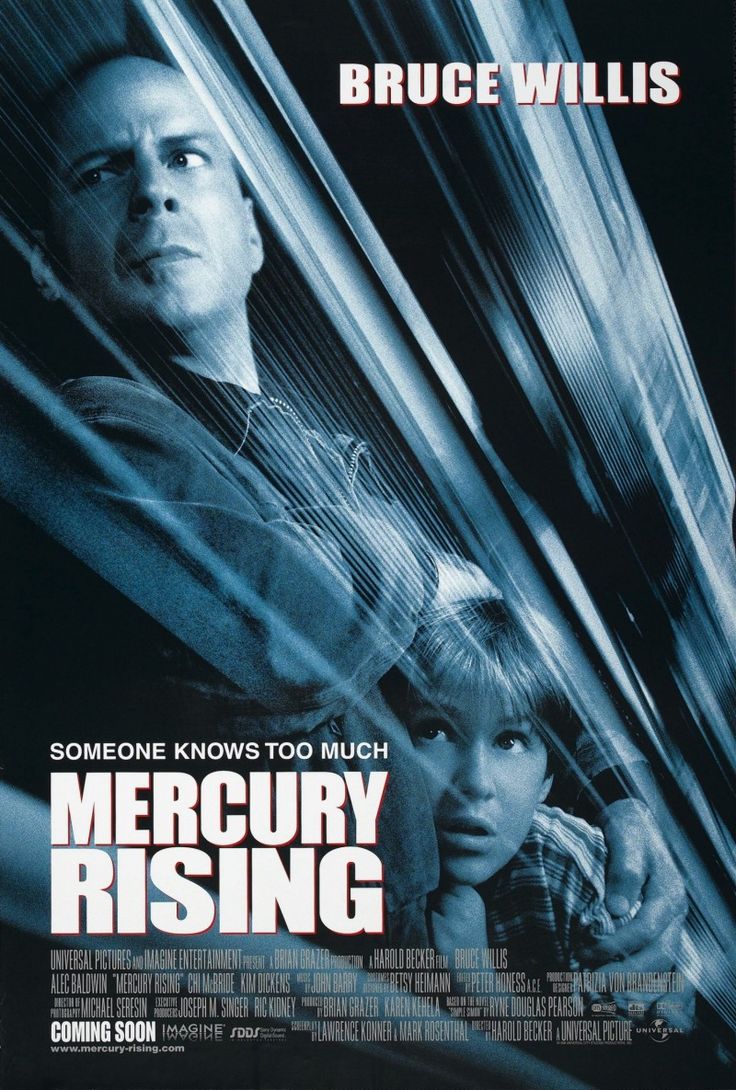 “You know, my wife says my people skills are like my cooking skills: quick and tasteless. ” – Kudrow

Brief Synopsis – An FBI agent must protect an autistic boy who unknowingly was able to decipher a top secret government code.

My Take on it – I recall seeing this film in the theater the week it came out back in 1998 and not being overly impressed with it.

Not surprisingly, it took me over 18 years to finally see it again.

Overall, this is an average Bruce Willis film that in some ways could be classified as a mediocre addition to the Die Hard franchise.

Alec Baldwin seems very much out of his element here and there are even a few of his scenes that I started to laugh at because of the over the top performance given by him.

Miko Hughes does a fine job as the autistic savant child.

It was hilarious how they described email addresses back in the beginning days when people began to become familiar and understand how email works.

The problem with this film tho is the fact that there are major plot holes and inconsistencies throughout the storyline and not all makes as much sense as it should.

Bottom Line – An average Willis film from the 90’s that seems in some ways to be a mediocre addition to the Die Hard franchise. Baldwin seems a bit out of his element here and in some scenes his character comes off as being quite laughable.  Hughes does a fine job as the autistic savant despite some major plot holes and inconsistencies within the storyline.

MovieRob’s Favorite Trivia – The plot bears a striking resemblance to a real event in history as reported by Bruce Watson on DailyFinance’s Website on 24 December 2009: ‘…In December 1955, Sears Roebuck ran a newspaper ad with what they claimed was Santa’s direct number. Unfortunately, the phone number they offered was one digit off; instead of Sears, it linked to a top secret line at CONAD, the Continental Air Defense Command. When Colonel Harry Shoup, the command’s director of operations, answered the phone, he expected to hear about a missile strike against the US. Instead, he got a little kid who wanted to talk to Santa. Although the conversation ended with the child crying and Shoup fuming, the Colonel eventually came around and began giving the children updates on Santa’s travels through the night sky. The following year, CONAD offered a new, non-secret, phone number that children could call. In 1958, when CONAD became NORAD, the new command continued the tradition…’ (From IMDB)