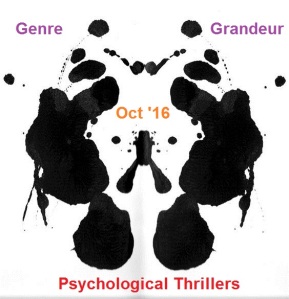 For this month’s final review for Genre Grandeur – Psychological Thriller Films, here’s a review of The Silence of the Lambs (1991) by me

Thanks again to Diego of Lazy Sunday Movies. for choosing this month’s genre.

This month we had 6 reviews for GG:

In addition, I watched and reviewed 4 additional movies from this genre for my Genre Guesstimation series.   One of them will be now included in my own favorites of the genre.

Please get me your submissions by the 25th of Nov by sending them to scottishgili@movierob.net  Try to think out of the box! Great choice Gill! 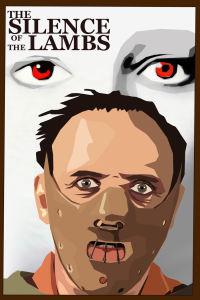 Brief Synopsis – A young FBI agent is sent to seek the help of an imprisoned serial killer in capturing a new menace.

My Take on it – Certain films are able to take everyone by surprise and this was one of them.

No one expected this movie to be as powerful and amazing as it is and very few films (if any) can top the psychological battle between the two main characters.

Both Jodie Foster and Anthony Hopkins are superb here and they both definitely deserved the Oscars that they won for these roles.

Their chemistry together is amazing to watch and each of them give the best performance of their careers here.

Hannibal Lecter is perhaps one of the best villains ever because he is intelligent, calm at all points, extremely dangerous and pure evil.

The film is so engaging and thrilling throughout and it’s no wonder that this film was able to garner the top 4 Oscars, (Actor, Actress, Director and Picture) something that has only been accomplished twice beforehand and never since

Bottom Line – Great psychological thriller that gives us so much insight into the mind of serial killers. Lecter is one of the best villains from literature because he is so intelligent, calm and extremely dangerous at the same time.  Foster and Hopkins have amazing chemistry in their scenes together and they both were very deserving of the Oscars they won for these roles.  Highly Recommended!

MovieRob’s Favorite Trivia – Jodie Foster claims that during the first meeting between Lecter and Starling, Anthony Hopkins’s mocking of her southern accent was improvised on the spot. Foster’s horrified reaction was genuine; she felt personally attacked. She later thanked Hopkins for generating such an honest reaction. (From IMDB)