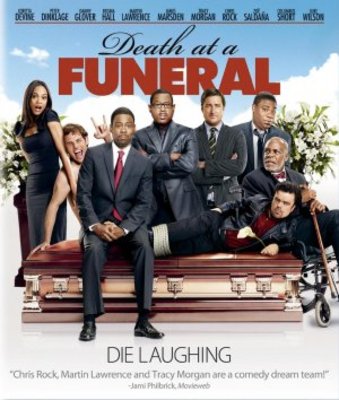 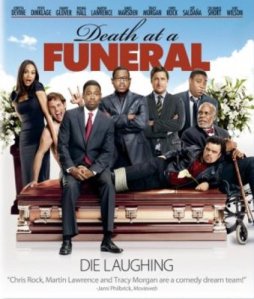 “Hey, let me tell you something about women. Smarter than you think they are, but not nearly as smart as *they* think they are.” – Uncle Russell

Brief Synopsis – Chaos ensues when an extended family gets together for the funeral of their patriarch.

My Take on it – This is a film that I saw a few years back and didn’t even realize that it was a remake of a British film by the same name.

I loved it back then and after watching the original film for the first time, I decided to rewatch this one to see how it stands up against the original.

In general, I’m not a bug fan of movie remakes, especially just a few years afterwards, but this film is even better here than it was in the original despite be essentially the same exact story.

The cast, characters and story are even more suited here for this film than the original ones and I found myself laughing so much at all of the hi-jinx here despite knowing exactly what was going to happen.

The entire cast was perfect here but I especially liked how they reused Peter Dinklage here in the same role he played in the original film.

Danny Glover was also hilarious because he was cast against type as the elderly handicapped uncle.  His scenes with Tracy Morgan are priceless.

This is a film that I can see myself watching over and over because it’s so funny in every single scene because it works so well on numerous levels.

Bottom Line – Despite being based on the exact same material as the original film from just a few years prior, I found this story, characters and cast much better suited for this kind of situation.  I’m not in general a fan of remakes but this one does everything right. Glover was hilariously cast against type as the elderly handicapped uncle. Hilarious film that works on so many levels.

MovieRob’s Favorite Trivia – This movie is a remake of the 2007 movie of the same name, Death at a Funeral (2007). Although Hollywood has a history of making American versions of foreign films, the original versions are usually in a language other than English – not the case here, since the original film was a British production and filmed in English. This is a very unusual case of a remake being made very quickly of an English-language movie that had a theatrical release in the US (albeit not a very successful one). (From IMDB)