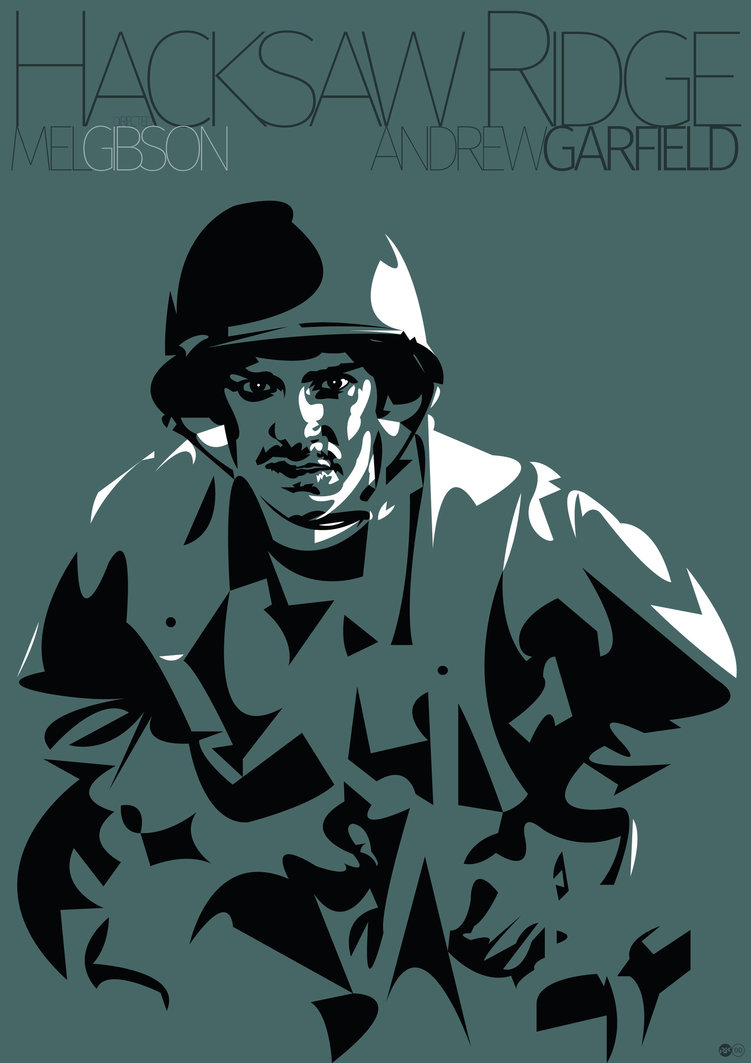 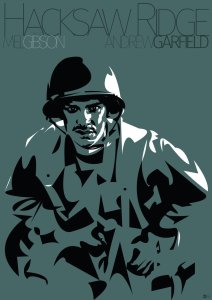 I was invited by Jay, the Head Shepard of The Lamb to write a review of Hacksaw Ridge (2016) for the series The Lamb Devours the Oscars 2017.

Check out my thoughts here

Huge tnx to Jay for letting me be involved in this series!

Every day until the Oscars ceremony we’ll be highlighting a different category or movie here on the LAMB! Here’s a link to all the posts written so far: http://www.largeassmovieblogs.com/2017/01/the-lamb-devours-the-oscars-2017-roster.html

Rob from MovieRob is here to talk about another of this year’s Best Picture nominees, Hacksaw Ridge:

Hacksaw Ridge is a powerful World War II film that is perhaps one of the most realistic depictions of war ever put to film. We all are familiar with the first 20 minutes of Saving Private Ryan and this film takes that kind of realistic film-making to whole new levels because the battle scenes here last more than an hour; it is extremely graphic and visceral, but still remains realistic looking.

Most war movies of this caliber usually focus on a group of soldiers as they go through a battle with usually insurmountable odds against them. Platoon, Hamburger Hill, Full Metal Jacket, the aforementioned Saving Private Ryan, The Thin Red Line and Black Hawk Down are all examples of other successful modern war movies that take the familiar route of telling a general story of an event or a unit and although they all have a central character, they don’t solely focus on his story specifically.

This film, on the other hand, takes it’s time explaining to us who the main character (Desmond Doss) is and what makes him tick. This, in many ways, is more of a biopic than a war film and it can be easily divided into three acts:

Act I tells us of Doss’ childhood in rural Virginia and how he grew up in a house with two religious parents and how he chose to refuse to take lives, but still wished to do all he could to save them. This part of the film is about 30 minutes long and gives us enough backstory on Doss’ life that we can understand his decision to not want to fight (and kill) in war, but despite all this, he still chooses to enlist due to his patriotic feelings and his yearning to help in the war effort by becoming a medic.

Act II is all about his training and difficulties with his unit because of his feelings towards killing. This part is also about 30 minutes long and gives us Vince Vaughn as his drill instructor who does an ok imitation of Louis Gosset Jr. in An Officer and a Gentleman or R. Lee Ermey in Full Metal Jacket. This part also introduces us to the men of his unit, but most are stereotypical war movie stereotypes and none really stick out besides a soldier nicknamed Ghoul.

Act III is the battle itself and the fact that we know so much about Doss already, it’s not your typical battle scenario because we have invested so much into this character and root for him along the whole way through. This part is the bulk of the film and lasts for nearly an hour and twenty minutes. The battle scenes are extremely graphic (and realistic) and as much gore and dismemberment that we saw in Saving Private Ryan, it pales to what is shown here both in scope and in precision.

Overall, this is an amazing biopic of a man who was a real hero because of his convictions and for what he was able to do on the battlefield despite no one believing in his courage and conviction to save lives instead of taking them.

This film has been nominated for 6 Oscars:

Best Director – Mel Gibson
This film was directed by Mel Gibson, who has been seen as an outsider in Hollywood over the past decade due to personal issues, but this film has brought him back to the forefront because of his amazing direction. The fact that this film’s battle scenes are so complex and must have taken a long time to choreograph is just one of the proofs of why this film was handled expertly by him.

Best Actor – Andrew Garfield
Garfield does an amazing job here because he must carry the whole film on his shoulders since he is basically the only character that carries over between the different acts and remains the anchor for the whole story.

Best Film Editing
They do an amazing job here in editing because depicting the chaos of a battle is never easy to show and when so much is going on, the editing must be perfect for us to be able to follow everything happening.

Best Sound Editing
In a war film like this, it isn’t easy to edit together the sounds of war, the dialogue and the background music and they do a great job here of keeping it all mixed together in a way that we still can understand it all.

Best Sound Mixing
Like in the sound editing category, this category deals with mixing together the various sounds heard during a movie to a level where we can easily differentiate everything going on in the various levels of sound (music, dialogue and sound effects). It’s also understandable that a film that depicts war like this would also be nominated for this category.

Best Picture
Overall, this is an amazingly powerful film because it depicts the horrors and chaos of war so vividly, yet it has a message of hope that even someone who was opposed to creating death was willing to choose to be on the front in order to save lives rather than take them.

The question remains as to whether there is any chance of this film winning any of the above awards this year and unfortunately, the answer is pretty much NO.

Picture, Director, Sound Editing, Sound Mixing and Film Editing all look like they will go to La La Land (there’s an off-chance that this film might get one of the three technical awards it’s nominated for, but it’s a long-shot), and Best Actor looks like it’ll go to either Casey Affleck (hopefully) or Denzel Washington for their roles in Manchester By the Sea and Fences respectively.

Basically, this film will be looked upon years from now as an excellent film that was nominated for 6 Oscars and (probably) won none basically because La La Land swept it all, but that by no way means that this film isn’t deserving of praise for getting nominated in each of these categories because it really deserves to be listed among the best.

What did you think of Hacksaw Ridge?