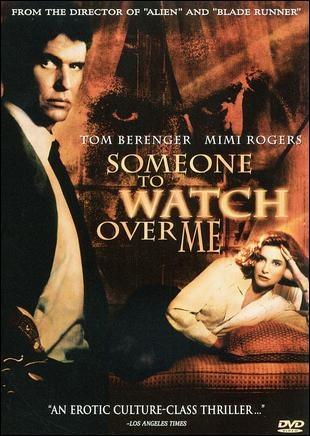 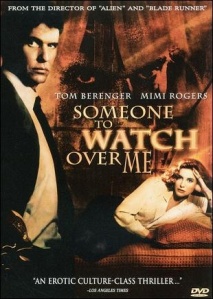 Brief Synopsis – After witnessing a murder, a woman is put under the protection of a young married detective to keep her safe from the still at large mobster.

My Take on it – This is a film that I saw years ago and wasn’t too impressed with but I decided to give it another shot to see if my opinion had changed in the subsequent years.

Apparently, I still think the same about this film because it is filled with a lackluster plot that doesn’t keep you on the edge because it feels as if very little if nothing is at stake here.

Tom Berenger is usually a great leading man, but in this film, he lacks any kind of chemistry with either of his two female co-stars.

Mirmi Rogers and Lorraine Bracco also don’t do much to help us feel the chemistry and connections between the characters.

The best thing about this film is probably Lenny Briscoe himself because Jerry Orbach is quite solid as Berenger’s detective boss.

Andreas Katsulas usually is good as the bad guy, but here his seemingly vicious mobster seems quite tame and doesn’t seem dangerous or menacing at all.

Bottom Line – Such a mediocre thriller because it doesn’t feel as if much is at stake. Berenger lacks real chemistry with both Rogers and Bracco that it doesn’t truly matter what happens to him. Orbach is the best thing here. Katsulas’ mobster is quite tame and it isn’t quite clear that he is that dangerous.

MovieRob’s Favorite Trivia – The project began in 1982 when Ridley Scott met writer Howard Franklin at a social gathering and listened to the screenwriter describe an idea for a screenplay called “Someone to Watch Over Me”. Scott recalled: “He described it in length and in great detail. It sounded like a great idea of exactly the scale and focus that I was looking for. It was a very personal story, and I think I gravitated to it because of that.”. At the time, Scott was working with a Frenchman named Thierry de Ganay. The pair had been collaborators on advertising projects for a number of years and Scott invited de Ganay aboard as producer. “I liked the subject very much”, said de Ganay, “and felt that it completely corresponded with the tastes and special sensitivities of Ridley Scott. Howard Franklin manages to illustrate the persistence of the class system in the United States but his interest and his intentions are timeless”. (From IMDB)