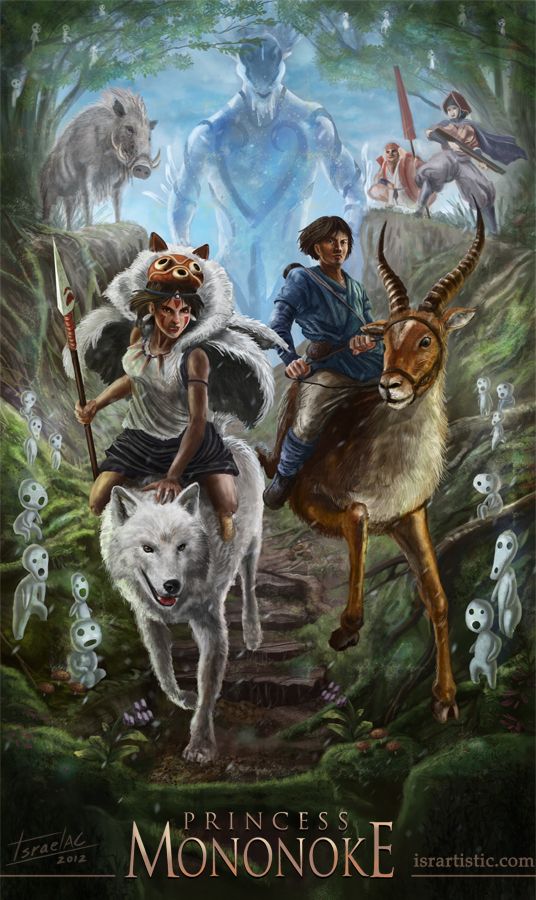 Thanks to John Michael of The Sixth Station for this recommendation. 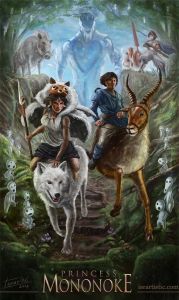 “Life is suffering. It is hard. The world is cursed. But still, you find reasons to keep living. ” – Osa

Brief Synopsis – On his way to find a cure for a wound he suffered in battle, a young warrior comes across a village where the inhabitants want to destroy a nearby forest protected by a god in the form of a deer

My Take on it – I’ve never really been the biggest fan of Anime films despite always enjoying Disney type animated movies.

Disney is able to make multi-layered films that appeal to both parents and children but I’ve always seen the anime ones as mostly being made just for adults which results in some pretty complex and graphic themes.

The story itself here in essence is the battle between humans and nature and they do it well overall, but the large number of characters and on-going stories makes things a bit complicated.

I liked the way that the story began but I also feel that around the halfway mark it loses its direction and begins telling an even more confusing story.

As always, the visual animation effects are gorgeous to watch, but unlike Disney films, they don’t make an effort for the animation to look realistic because they want us to believe we are watching a fable and not reality.

A lot of the themes portrayed here get quite graphic and the violence is no way suited for kids.

I saw the dubbed version of this and the choice of voice actors was quite good; the problem is that since the characters were created with Japanese actors in these roles, there are very little if no correlations between the English language voice actors and the characters which is a bit off-putting since Disney and co have gotten us used to there being some kind of resemblance.

Bottom Line – An average anime story that has some complex themes and lots of characters, but loses its way about half way through.  The visual animation aspects are done really well.  As expected from these kind of films, many of the themes portrayed are not for kids and in some cases the events depicted are quite violent.  The dubbed version has a great voice cast yet unlike Disney films, the drawn characters and their dubbed voices have no real correlation.

MovieRob’s Favorite Trivia – Mononoke means angry or vengeful spirit. Hime is the Japanese honorific word that means princess, which, in the rules of Japanese grammar, is placed after a person’s name instead of before, as is the custom in many Western languages. When the film’s title was translated into English, it was decided that Mononoke would be left as a name rather than translated literally. (From IMDB)

Leave a Reply to The Vern Cancel reply