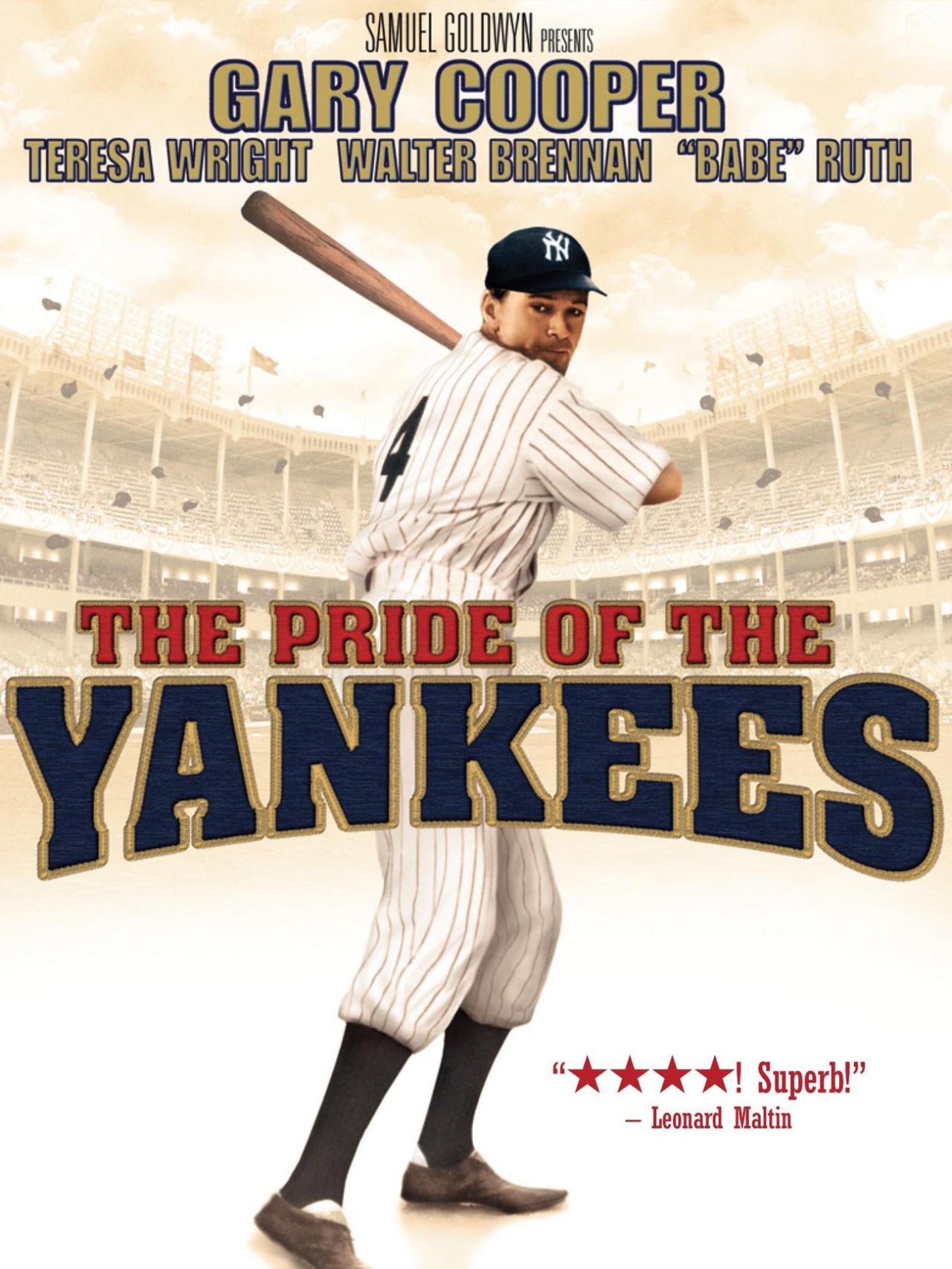 This is the final of three entries in Debra’s No, You’re Crying Blogathon being held over at Moon in Gemini.

Thanks for letting me participate Debra!

“Today, I consider myself the luckiest man on the face of the earth. ” – Lou Gehrig

My Take on it – This film is considered to be one of the very best biographical movies ever made and that largely has to do with the fact that they had had so many consultants who knew Gehrig himself.

Gary Cooper is amazing as the lead role and was even able to manage to imitate many of Gehrig’s mannerisms that even Gehrig’s wife felt she was watching her husband on screen instead of an actor.

This film has so much realism because of numerous factors; the film makers were assisted by friends and family of Gehrig who both acted and gave advice on the actual story which happened not long before the film was released.

The speech at the end by Cooper is one of the most memorable ones in film history and is such an emotional one that it really is hard to fight back the tears knowing what the speech really means.

This film was nominated for 10 Oscars that year including Best Picture and Actor yet only one an award for Best Film Editing.

Bottom Line – Considered one of the best biographical films ever made. Cooper gives an amazing performance as the late Yankee great. The fact that this film had the cooperation and help of family and friends of Gehrig helps made this feel even more realistic. Nominated for 10 Oscars including Best Picture and Actor, but only managed to win 1; Film Editing. The speech at the end is one of the most heartfelt in film history and it’s hard to keep the tears from flowing. Highly Recommended!

MovieRob’s Favorite Trivia – While filming the movie, Teresa Wright – who played Gehrig’s wife Eleanor Gehrig – wore the actual bracelet that Lou gave to Eleanor on their fourth anniversary. Eleanor brought the bracelet to the set to be used in the movie. The bracelet is made up of 17 metal medallions that celebrate the seven World Championships and six All-Star game appearances that Gehrig made. The bracelet is now displayed in the Baseball Hall of Fame. (From IMDB)