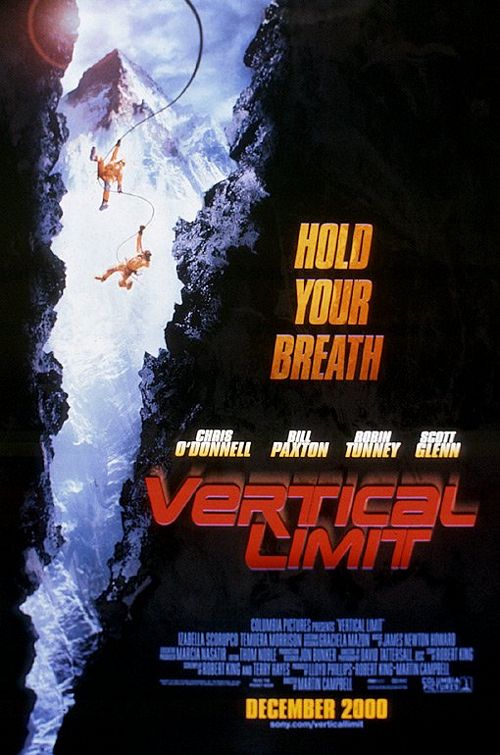 Brief Synopsis – After an avalanche traps a group of climbers on top of K2, a former climber must find a way to rescue his sister who is among the missing member of the team.

My Take on it – This is the kind of film that is really enjoyable to watch mainly due to the thrilling action scenes atop one of the highest points in the world.

Unfortunately, the plot itself is pretty ridiculous and to enjoy this film fully you must just look at the spectacular scenery and action shots.

Chris O’Donnell was definitely an interesting choice as the hero of this film, but when compared to the eclectic characters used for the rest of the cast, he still seems the best choice to lead it all.

The supporting characters are pretty fun to watch because each have their own peculiarities yet still remain interesting to watch.

Bill Paxton stands out among them all as the Billionaire funding the expedition.

Bottom Line – This is a fun yet ridiculous film about a rescue mission atop one of the highest points in the world. The thrilling action sequences work if you discard the plot. O’Donnell is an interesting choice as the hero but is helped along by the eclectic range of supporting charcters. Paxton stands out as the billionaire funding the expedition.

MovieRob’s Favorite Trivia – The toeless feet of character “Montgomery Wick” seen at the beginning of the film actually belong to mountaineer Mark Whetu, who lost his toes while spending a night outdoors above 28,000 feet during a 1994 attempt on Everest. (From IMDB)