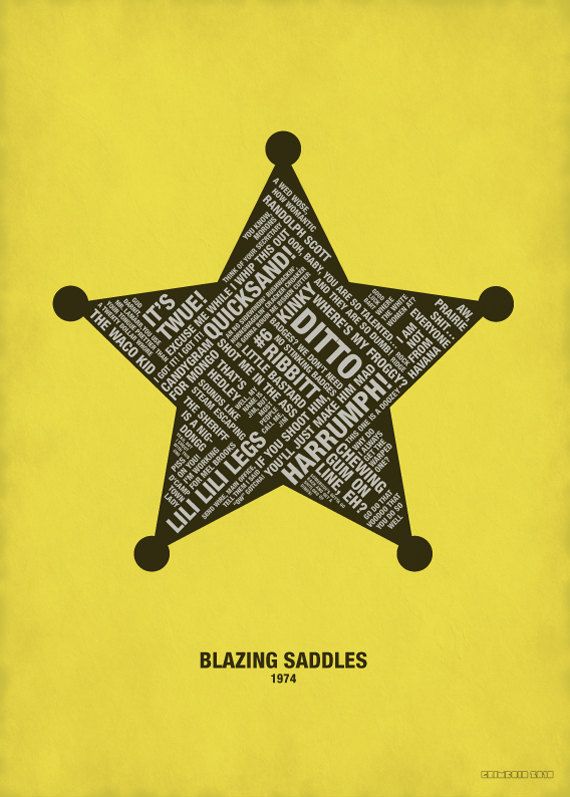 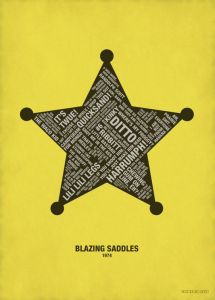 “Hello, handsome, is that a ten-gallon hat or are you just enjoying the show? ” – Lili Von Shtupp

Brief Synopsis – A corrupt state official tries to scare the townspeople out of a western town by appointing a new Sheriff who happens to be black.

My Take on it – This is one of my favorite Mel Brooks films because it is so funny the entire way through.

It seems as if Brooks and his co-writers studied lots of Westerns and were able to create a parody that fits so well within the genre and gets so many aspects right yet keeps things as honest as possible when presenting us with the characters and storyline.

The cast is superbly chosen and Cleavon Little steals every scene that he is in.

I know that Richard Pryor was originally meant to play the lead but replaced by the studio by Little and I always wonder which one of them would play the lead better, but Little is hilarious here in the role.

In addition to many of his usual cast, Brooks himself plays numerous roles including an incompetent official (like he usually does).

The jokes are extremely funny and are delivered perfectly by each and every member of the cast.

The themes of many of the jokes definitely cross many lines along the way, but still stay really funny the whole time.

I doubt if much of the humorous content would be used if this film was made today, so I guess it was made at the right time since people were more tolerant of un-PC humor 43 years ago than they are today.

This movie is so quotable and each of the lines are still funny no matter how many times you say them.

This film has so far stood the test of time and remains today as funny as I’m sure people deemed it back when it came out.

Bottom Line – Hilariously done by Brooks. He gets so much perfect here and this film is an amazing parody of the genre of Westerns.  Cast is superb as always with Brooks himself playing some form of incompetent official. The jokes are quite racy for its time and I doubt that they would be used like that today if they were to make it only now.  One of Brooks’ best films that is still funny today as I’m sure it was back when it was made 43 years ago.  Highly Recommended!

MovieRob’s Favorite Trivia – One day in the Warner Bros. studio commissary, Mel Brooks and the other writers were seated at a table opposite John Wayne (“the Duke”). The Duke turned and said he had heard about their Western, the one where people say stuff like “blow it out your ass”. Mel handed the Duke a copy of the script and said, “Yes, and we’d like you to be in it.” According to Brooks, the Duke turned down the offer the next day by saying, “Naw, I can’t do a movie like that, but I’ll be first in line to see it!” (From IMDB)