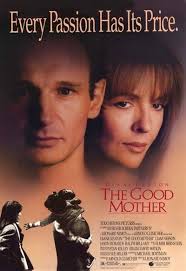 “And even now, despite after everything has happened, I feel, I really, really had to try.” – Anna

Brief Synopsis – After her divorce, a woman tries to raise her daughter properly while still trying to live her own life the way she wants to.

My Take on it – This is an 80’s film that I had completely missed and when I saw the cast list and that it was directed by Leonard Nimoy, I knew I had to give it a try.

I really enjoyed the way that this film deals with it’s tricky subject matter because it helps us understand and ponder the dilemma brought forth.

The way that they present the story is great because we get to see a dedicated single mother who besides loving her daughter dearly wants to find a way to also move on with her life.

We are clearly presneted with the choices she must make in life and by the end we completely understand what she must do.

Diane Keaton is superb in this lead role and shows us once again how passionate an actress she can be.

The supporting cast is great with Liam Neeson, Teresa Wright, Jason Robards and Ralph Bellamy all giving us great performances.

Bottom Line – Love the way this film deals with its subject matter by giving us such a dilemma to ponder. The idea that a divorced woman must juggle her life as a mother and as a woman is a great theme for this film and we get a clear sense of what she must go thru.  Keaton is superb in the lead role here and is supported very well by the other characters. Nimoy does a great job directed his only pure drama. Recommended!

MovieRob’s Favorite Trivia – During filming, Asia Vieira (Molly) became very fond of Leonard Nimoy. While filming she had seen the ending of Star Trek II: The Wrath of Khan (1982), and became very upset when she saw Spock had died. Being only six at the time, she thought it was Nimoy who had died in the film. The next day on the set, she was very happy to find out that he was okay, and it was just part of the film. She ran over to him and gave him a big hug, and told him she was glad to see that he was better. (From IMDB)