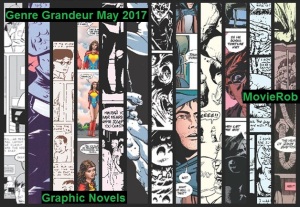 For this month’s final review for Genre Grandeur – Graphic Novel Film Adaptations, here’s a review of Kick-Ass (2010) by Vern of the Video Vortex

Thanks again to Vern of the Video Vortex for choosing this month’s genre.

In addition, I watched and reviewed 4 movies for my companion series Genre Guesstimation.  Unfortunately, only one of them will now be considered among my favorites of the genre.

Next month’s Genre has been chosen by Audrey of 1001 Movies and Beyond and she has chosen the genre of Movie Musicals.

Let’s see what Vern thought of this movie: 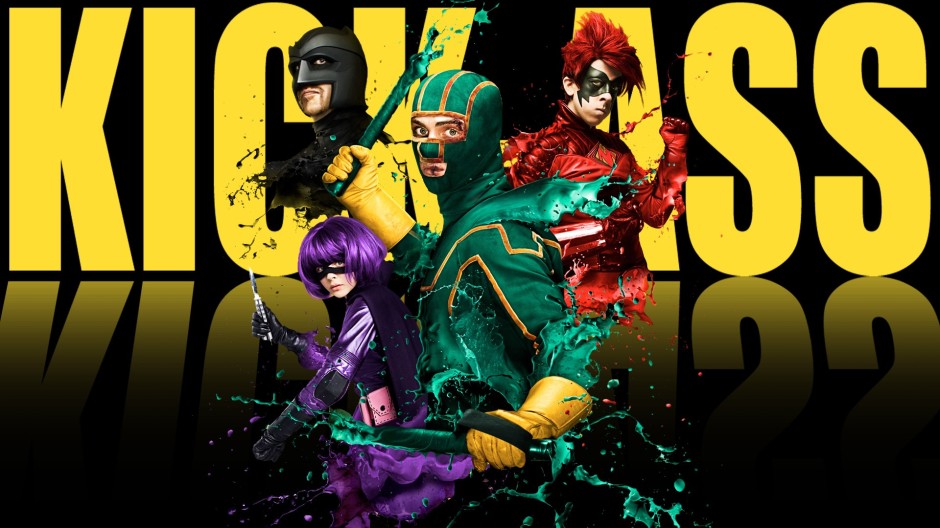 Hello Cats and Kittens.  The Vern here with a post on my review for Movie Rob’s Genre Grandeur.  I was fortunate to have been chosen to pick the genre, and mine was favorite graphic novels that have been adapted to the big screen.  However each movie has to be based on book that has been published.

Example, Watchmen would be acceptable because it’s based off one book. while X-Men would not because it’s just based off the characters. For my pick, I am choosing the ultra violent, but extremely fun superhero flick Kick Ass.

They have come to kick ass and chew bubble gum, and they have just opened another pack of gum.  A review of Kick Ass.(Note.  This review appeared 1st on my videovanguard site)

Most movies about superheroes are more in the genre of a drama than an action movie.  If you took away Peter Parker being bit by a spider.  What’s left is a story about a man who makes a wrong choice that gets someone he loves killed and how he deals with it.  There are no deep moral or deep in sighted messages to be learned from Kick Ass and that is why it is so damn enjoyable.  Plus it’s the first super hero movie I watched that made me  actually want to be one.

Dave Lizewski(Aaron Johnson) is a typical average kid who wants very badly to be a superhero because he is considered by many to be invisible.  He tries to stop a couple of car jackers who attack back and he is hurt badly.  After the accident Dave realizes that his pain sensors are cut off and he can’t feel much when people hit him.  He decides to use this power to stop other criminals.  The only problem of this decision is that he is just not that good at fighting crime.  In one botch attempt to help a girl he has a crush on.  Dave gets ambushed by a gang of vicious criminals and is saved by Hit Girl(Chloe Grace Moretz) and Big Daddy(Nicolas Cage). Two costumed vigilantes working on trying to bring down  mob boss Frank D’Amico(Mark Strong) because of a  set up that originally put Big Daddy in jail for five years earlier.

Director Matthew Vaughn who previously made the underrated gem Stardust is back with a genre changing movie that turns the whole notion of comic book movies on it’s ears.  There are no internal struggles within these characters, no moral obligations to win.  Just ordinary people doing the right thing when it needs to be done.  The only complaint I had was the addition of a sex scene  towards the end.  It felt like it was just tacked on and never made sense with the characters’ progression earlier in the film.  This movie will generate some controversy about children this young acting in a movie that is so violent.  Yet a lot of these characters are just on the edge of going into adult hood and they have made more significant choices of what they want to do with their lives  than most of us will do in a life time.

Even though the movie is called Kick Ass and it’s main focus is on that character.  The only one that shines bright is Hit Girl played by newcomer Chloe Grace Moretz. I have only seen her previously as Joseph Gordon Levitt’s little sister in the romantic comedy 500 Days of Summer.

Her character in this movie is both extremely psychotic but also very heart warming and sweet.  She has a love for people who are good and a major hatred for those who are bad.  Plus she is the only one doing most of the ass kicking in this movie. 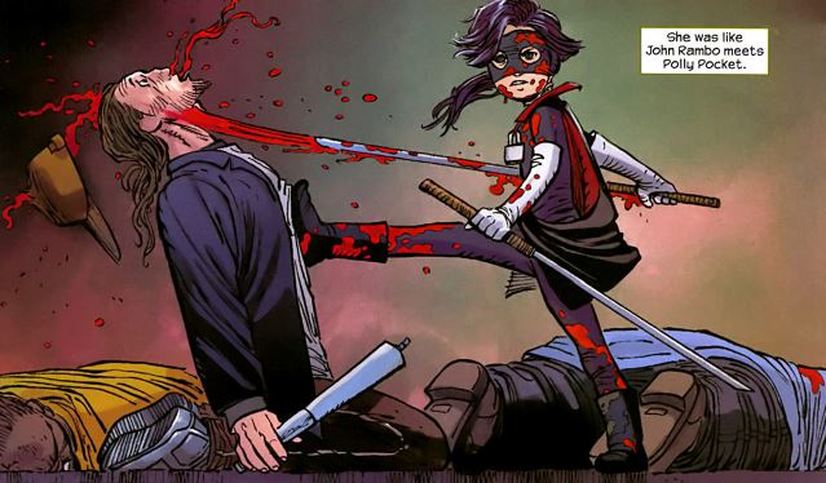 Check out this great video the folks at CineFix