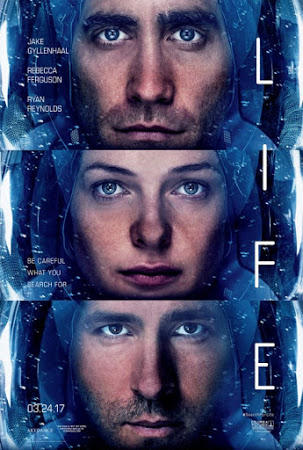 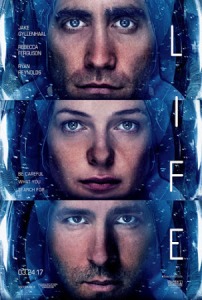 Brief Synopsis – A team of scientists discover a lifeform that was on Mars and now must determine whether it is friend or foe.

My Take on it – I saw the trailer for this film months ago and was quite intrigued to find out what this film was all about and I was excited when I finally got a chance to see it.

Unfortunately, this film feels like a mediocre carbon copy of the Alien Franchise which due to its recent re-emergence seems like a good premise to try and duplicate and perhaps enhance.

They don’t manage to do that at all here because the story just isn’t as good and the alien isn’t as lethal as the ones from Alien and its sequels have given us.

I was actually quite surprised at how disappointing this film was due to its stellar cast; Rachel Ferguson, Jake Gyllenhaal, Ryan Reynolds and Hiroyuki Sanada.

One would think that actors like these would care if the script was good or not; apparently they didn’t because we are seriously left with something quite mediocre.

The special effects are competent but in an attempt to recreate similar scenes to what we could expect from an Alien film, they aren’t able to make the species seem more lethal that he is shown to be.

Bottom Line – Really feels like an attempt to copy the Alien Franchise yet they don’t do it as well.  The cast is quite good here and I expected more than a mediocre storyline when seeing who the actors are in the film.  It isn’t as graphic as the Alien films but it does still get across that the species they are dealing with isn’t as friendly as they would have hoped. They do a nice job with the special effects and we get a clear sense of the creature and its interactions but something still feels missing from the way it was all presented to us.

MovieRob’s Favorite Trivia – Ryan Reynolds intended to play the main character, however, scheduling conflicts with The Hitman’s Bodyguard (2017) forced him to take a supporting part instead.  (From IMDB)