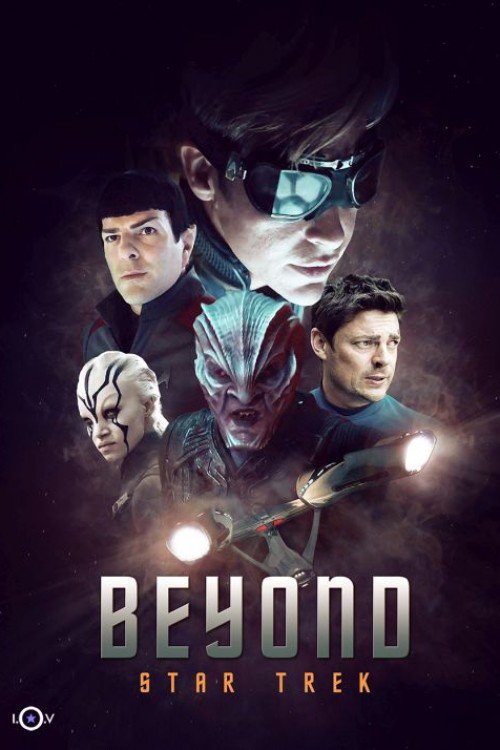 “Fear of death is what keeps us alive.” – Bones McCoy

Brief Synopsis – As the Enterprise crew is about to have an extended R&R on a new space station, they encounter a new threat that only they are capable of stopping.

My Take on it – I am a much bigger fan of Star Wars than Star Trek, yet have learned over the years to appreciate each of them separately for what they are.

This film does a wonderful job emphasizing each of the crew members individual abilities instead of just showing how they all work together expertly as a crew.

The ensemble nature of the crew is part of what has made this series so popular over the past 50 years and this film only helps to ingrain that idea more and more.

They also do an amazing job dealing with issues that have been overlooked in the past; we get to see the toll and strain that such a long mission can have on the crew members both on their personal and professional lives by showing that not everything is as perfect as one may think.

This movie is the weakest of the three in the rebooted series but it is still superb.

They allow us to get to know the characters on an even deeper level and give us more of a reason to love the world created for this series along with the characters and creatures who inhabit it.

Can’t wait to see what they have in store for us in the next film in the series.

Bottom Line – Once again, this film proves the strengths of the ensemble characters in making the Series such a success for over 50 years. Loved how they chose to split up the crew into smaller groups so we could see how they work together in two and threes instead of solely as one large unit. Was so happy that they addressed numerous themes that have been easily overlooked over the years about the strain on the crew after serving together for so long and wanting to change the monotony of their daily routines due to personal and professional reasons.  Not as good as the previous two films in the series yet it still gives us so much more reasons to love the characters and the world they created because we get to know they all even more in depthly than before. Can’t wait to see where they plan to go with this in the next installment. Highly Recommended!

MovieRob’s Favorite Trivia – The motorcycle featured in this film is referred to as a “Hilts PX70”. According to Simon Pegg (who, in addition to starring in this film, was also one of its screenwriters), it is named after Steve McQueen’s character in The Great Escape (1963). According to Pegg, the filmmakers thought the name would be “a nice irony, in it being used to get into a prison camp rather than get out”. (From IMDB)