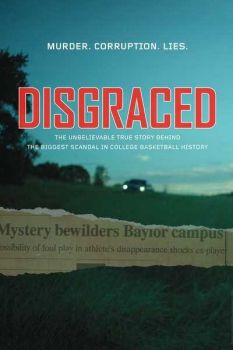 “You know a question that a man always has to ask himself when he goes through something like I went through: ‘Are you in a better spot than you were before?’ ‘ was it worth it?’ And the answer to me is ‘yes’ and the sooner a man gets to leading a life of transparency, the better off he is and you do that by making things simple.  But what we do because of sin, things get complicated.  I mean every day the devil would beat me up. Every single day the devil would beat me up and remind me of what a bad person I was.  And what that does, that keeps harboring, you know the crime and keeps burying you.  And what you then — you can’t be of any use to anybody.  Of course, I shouldn’t be forgiven.” – Coach Dave Bliss

Brief Synopsis – Documentary that tries to explore the events that led to the death of a star College basketball player in 2003.

My Take on it – This is a film that I came across by accident and was pleasantly surprised at how good it was.

Over the past few years, I have become more of a fan of Documentary films and in particular ones dealing with true crime.

They do a great job keeping this as ambiguous as possible which helps us try and form an opinion as to what really happened.

I really enjoyed the way that they purposely used many different players in this drama who all have conflicting stories about what really happened because it gives us the ability to try and figure out what we think occurred.

This also leaves the amount of possibilities almost endless about what happened which keeps the story so fascinating to watch unfold.

They do a great job explaining the known facts of the story to us, but since there are so many gaps in the knowledge that there is here, things feel so open ended which is part of the main reason for this film.

I would love to be interested in learning if a film like this could eventually result in the world learning more information about this case since that would lead to much more closure on a story that one like this truly needs.

Bottom Line – Very interesting documentary that does a great job keeping things as ambiguous as possible.  The different interviewees’ stories constantly contradict each other and we never really know what happened because the options are filled wit lots of possibilities. They do a very competent job giving us the facts but since the facts are incomplete, by the end, things feel a bit open-ended which is sort of the point here.  Would be interesting to learn if this kind of film will eventually result in more information being revealed in the case which would lead to much more closure which is what a story like this truly need.  Recommended!

MovieRob’s Favorite Trivia – Days after the airing of this documentary Coach Dave Bliss resigned from his SCU coaching job. (From IMDB)