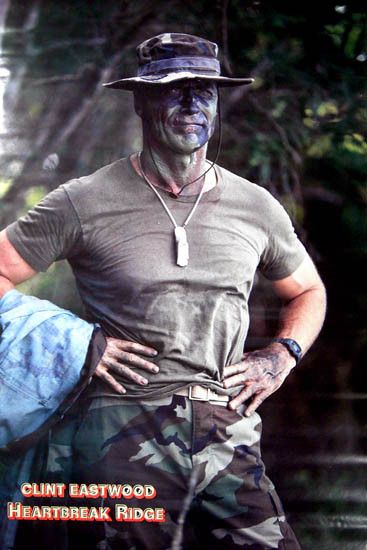 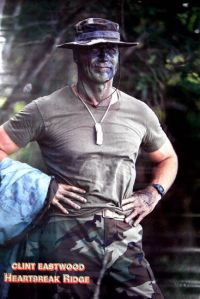 Brief Synopsis – A career drill instructor is sent to shape up a platoon of spoiled marines while he clashes with his ex-wife and commanding officer.

My Take on it – This is a army film that has always had a place in my heart ever since I saw it over three decades ago on cable.

I doubt many actors could have pulled off this role as well as Clint Eastwood does and even at the early part of his directing career, it could be seen that he really knows how to tell a great story.

He is able to make his character seem tough and effective yet still endearing because he is a patriot at heart and just wants to save as many of his men as possible if they ever need to enter combat.

The do a great job balancing the dual stories of the past and present and we get to see the conflicts and dilemmas in both and how they handled are along the way.

As things move along, we can easily see how the past and present converge and how things in life can be cyclical.

Some of the characters are a bit far fetched and I have doubts if some of them would have truly remained in their Marine unit following some of their actions, but that only detracts a bit from the overall story being told.

One of the main things I loved about this movie’s plot is that unlike in most “training” films, we get to see young recruits, in this case, the “trainees” are active soldiers that just need someone to point them in the right direction despite their attempts to turn away.

Bottom Line – Not many actors can get away with a role like this, but Eastwood is definitely one of them and he pulls this one off superbly.   Loved the way that the are able to balance the past and present dilemmas of the character and we get to compare and contrast them as things move along.  The fact that some of the soldiers in the platoon would probably never make it in the real world marines, detracts only a bit from the realistic feeling of the story.  Really enjoyed the fact that the task of the main character is to shape up an already existing unit instead of the typical look at basic training. Recommended!

MovieRob’s Favorite Trivia – Clint Eastwood’s salary for this picture was 10 million dollars, making him the second-highest-paid actor at the time after Sylvester Stallone, who was paid 12 million dollars apiece for Cobra (1986), and Over the Top (1987). (From IMDB)