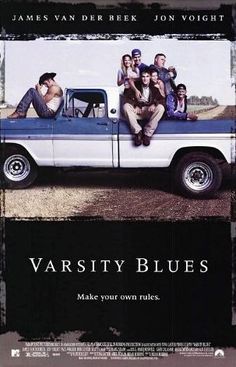 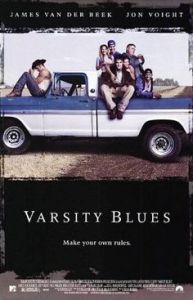 “You got to be the dumbest smart kid I know.” – Coach Bud Kilmer

Brief Synopsis – After the star quarterback of a high school football team is injured, his backup must deal with taking on the high pressure job especially when the coach expects more from him than he should.

My Take on it – This is a film that I never really got around to watch because it seemed to me to be too much of a typical high school football film based solely on the synopsis that I’d seen.

My analysis was correct and after having seen it, my opinion hasn’t really changed much.

This is basically your typical football film and they do a fine job hitting all the usual notes rote by rote here.

The characters are mostly cookie-cutter stereotypes and it isn’t hard to quickly figure out which caricature each of them represents.

The story tries too hard to try and make this feel more like a film for adults about teenagers despite the fact that it can easily be identified as a teenage film due to many of the themes shown.

The fact that part of the cast are teen drama castaways doesn’t help make it feel any more adult.

Most of the cast are ok here, but the standout is truly Paul Walker who shows his true colors when the going gets tough.

Bottom Line – Pretty average football film. They do a good job of hitting most of the normal themes shown in these kind of stories. The characters are mostly cookie cutter. Tries a bit too hard to seem like a grown up film despite having the real stench of being for teenagers. Walker does stand out as the injured leader of the team who shows his real personality when things get tough.

MovieRob’s Favorite Trivia – University of Toronto trademarked the name Varsity Blues for its sports teams in the mid-80s. U of T complained the movie presented sports in a negative light, and sued Paramount Pictures, settling for an undisclosed amount and setting up eight scholarships for academically accomplished student athletes. (From IMDB)