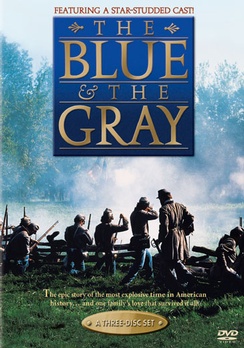 This is the 1st of 7 reviews for Catherine of Thoughts All Sorts –  The Colours Blogathon. 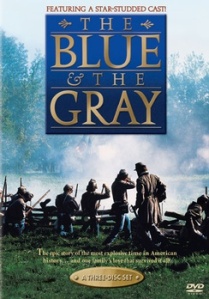 Brief Synopsis – A look at the war between the states from the perspective of an extended family who have members on both sides.

My Take on it – This is a film (mini-series) that I’ve been wanting to see literally for decades but never had the opportunity.

When Catherine announced this blogathon, this was actually the first film that came to mind.

Taking into account that this film was a made for TV miniseries that was created 35 years ago, this was done exceptionally well.

I’m sure if it were to be made today, they would do things much differently, but in a way it feels like a Civil War edition of the TV show Dallas.

That isn’t meant to disparage this film, but there are a few parts that get a bit too soap operapy for viewers nowadays, but that was the way things were done in the 80’s, so I can’t fault them too much for that.

As long as you stay persistent, it all pays off.

The idea to show a war from the perspective of an artist/correspondent was a good one and I liked how they were able to explain plausibly how he could easily travel between both sides of the Mason-Dixon line without much of a hassle.

This also helps get the perspectives of  the normal foot soldiers, their commanders and even the views of politicians as the main characters moved between the ranks.

Really enjoyed the way that they showed us what families thought about the war no matter what side they stood for.

This movie shows that no one side were completely saints or sinners and that both good and bad could come from the men fighting on both sides.

The cast is filled withe lots of known actors and I’m a bit surprised that the career of the lead actor – John Hammond never took off because he does a great job here.

Bottom Line – Nicely done miniseries that really gives us a good impression of how people thought about the war from both sides of the Mason-Dixon line. Gets a bit soap operapy during parts but as long as you remain persistent, you will get a lot out of this story. The cast is filled with lots of known stars and this was one of the most well received mini series of its time. I wonder how this would have been made differently if it were to be made today instead of 35 years ago. Recommended!

MovieRob’s Favorite Trivia – One of Gregory Peck’s greatest heroes from childhood was President Abraham Lincoln. Peck was initially concerned about playing him since at 66 he was a decade older than Lincoln was when he was assassinated.  (From IMDB)