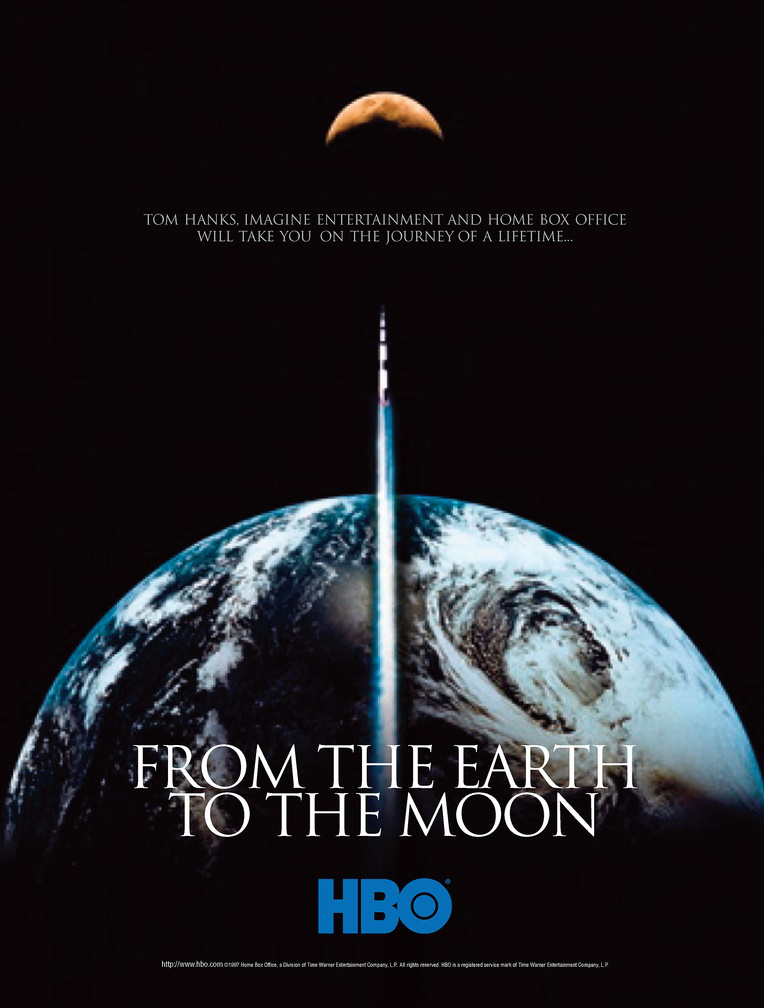 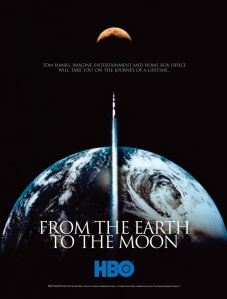 “Rendezvous: two spacecraft meeting up in orbit. Want to have fun? Come over to my house. You stand in the back yard, I’ll stand in the front, you throw a tennis ball over my roof and I’ll try to hit it with a rock as it comes sailing over. That’s what we’re going to have to do. ” – Chris Kraft

Brief Synopsis – Miniseries that chronicles the men and missions that led up to the moon landings.

My Take on it – This is probably my favorite Miniseries of all time and it always brings me to tears..

I have always been a fan of the space race and this movie takes what we know about it all from Apollo 13 (1995) and takes it to much higher levels.

As with Apollo 13 (1995), we are shown that it wasn’t just 3 men who worked together to get into space, but that there are thousands of other people who all worked together to create the complete puzzle of the story of getting them there.

Tom Hanks and Ron Howard did an amazing job putting this all together in order to tell us all the important events that eventually led to America winning the race to the moon.

This mini-series won both Best Miniseries awards at the Emmy’s and the Golden Globes that year and it is extremely deserving of those awards.

The cast was superbly chosen here and you’d be so amazed to see how many familiar faces appear here.

Most of the actors were chosen based on their physical resemblances to the real people they portray.

What has always fascinated me about this mini-series is that there are no lead actors here.

I believe this was done to sow that it was teamwork that brought things together in the 60’s in order to succeed in the Space Race against the Russians.

This films pulls no punches when it wants to criticize these courageous men who mostly lived fast and carefree lives on the edge.

The special effects are great to watch because they really help make us believe that these events are truly happening before our very eyes.

The music by Michael Kamen is superb and I love how the music cues of each episode are distinctly chosen to give us a unique look and feel for each episode as it builds up the storyline.

It gives me goosebumps just thinking about this film that I want to watch it again already because it always moves me to see this all played out again and again.

This is a fine example of filmmakers collaborating together to tell us a greater story and it’s done so smoothly.

If you like movies about the space program, this is a great way to learn move about the space missions, the men and women who worked at home or behind the scenes or  and due to this films attention to minute details, there is so much to take in.  Of course, we get to meet the men  (or at least characterizations of the real men) who made the long  journey and helped the US gain a victory over the Russian space program.

Bottom Line – One of the most comprehensive and interesting films about the space race.  Hanks and Howard really hit it out of the park with this miniseries which won both the Emmy and Golden Globe for Best miniseries.  The ability to tell 12 distinct stories about this quest and still keep it interesting and entertaining without feeling repetitious is amazing. The cast was superbly chosen with many of the actors chosen due to their similar look to the real people they are portraying.  Despite the amazing cast, no one stands out as a lead because the lead here is the story of winning the space race.  Pulls no punches when it discusses the fast and carefree lifestyle of these courageous men.  Great special effects that truly make you believe in wonder about what transpired.  The music is superbly created by Michael Kamen who was able to use distinct music cues during each of the episodes to give us different feelings for each storyline.  IMHO, this is the best miniseries ever made and I can see myself watching it many more times despite its near 12 hour runtime.  Highly Highly Recommended!

MovieRob’s Favorite Trivia –  The lunar module (LM) seen in several episodes up close, is in fact a real lunar module. It was originally scheduled to go to the Moon as part of the Apollo 18 flight; NASA budget cuts forced Apollo 18’s cancellation, but the LM was saved and eventually used in filming this miniseries. It is now enshrined in a museum. In some episodes, we can see a bus-like craft which takes the astronauts from NASA down to the pad at Cape Kennedy just prior to launch. This bus is also the real thing, which the real astronauts all used. (From IMDB)