For this month’s next review for Genre Grandeur – Western Crossover Movies, here’s a review of The Shape of Water (2017) by Keith of Keith Loves Movies 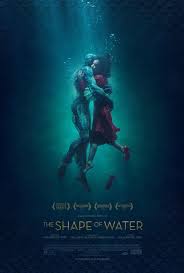 This film is a tough one to pin down. It is part adventure, fantasy, drama, and romance but is most importantly a fairy tale where a lonely mute woman in the middle of the Cold War named Eliza (Hawkins) befriends an amphibious creature (Doug Jones) with whom she forms a bond that eventually became a lot more. It could have been set in any time period, however, this time period added to the story with its combination of old and new and the Cold War looming in the background. This was a beautiful film as well thanks to its color palette and great cinematography. The setting almost felt like another character in the story. The score was just as beautiful, injecting some much-needed emotion to the story.

Being mute was not a hindrance for Eliza and that was more of a testament to Hawkins’ performance. While she didn’t have the luxury of words, she did an excellent job at conveying the character’s emotions through her facial expressions and body language. Hawkins made Eliza compelling to watch and easy to root for. Shannon continued his run of playing villains by providing another solid performance as Strickland. Jenkins stole many scenes as Eliza’s neighbor Giles.

Overall, this was a beautiful film with a story that was just as beautiful and was elevated by the performances, especially Sally Hawkins in the lead role.