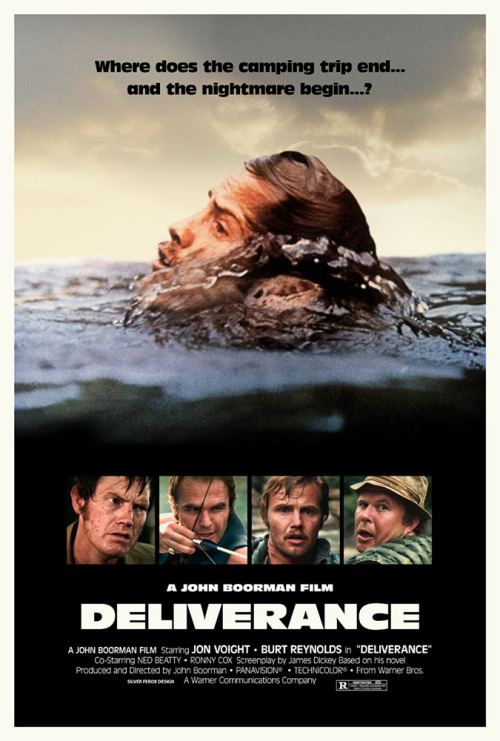 “Sometimes you have to lose yourself ‘fore you can find anything.” – Lewis

Brief Synopsis – Four friends on a weekend camping trip run into problems with some of the locals and must try and find a way to survive.

My Take on it – This is a film that has so much hype around it because of a few very memorable scenes.

I saw it for the first time a bit over twenty years ago and didn’t remember much of it, so in some ways, this viewing felt like it was the first time I was watching it.

The four main actors are all superb.  Burt Reynolds and Jon Voight were both established stars at the time, but this was the debut for both Ronny Cox and Ned Beatty.

All four have gone on to have storied careers in the movies ever since this film came out.

I loved the way that they have the characters debate moral and ethical issues after some of the situations that they encounter because it adds to the realism of the story.

This film does a wonderful job showing how “ordinary” men sprout survival instincts when they must deal with situations they never even dreamed of encountering in their lives.

The music and pacing of the film are great because they add another level of suspense to the events and keep us constantly on our toes since we never know what to expect.

My one problem with this film is that I would have hoped that it would have a stronger message than it actually does.

I’m a bit baffled how this could garner a Best Picture nomination at the Oscars that year, but then again Sounder (1972) and The Emigrants (1971)  also weren’t films I would have given nomination to.

Regardless, Cabaret (1972) and The Godfather (1972) were both films that no other movie that year could have topped.

Bottom Line – Great look at how survival instincts can surface when regular businessmen are faced with situations that they never expected to encounter. The music and pacing really helps keep the story thrilling because you never know what will really happen as things move along. Expected this film to have more of a message than it really does.  The four stars are all great and eventhough this was the debut of two of them, all have had storied careers in the film industry over the 45 years since this film came out. Recommended!

MovieRob’s Favorite Trivia – In the year after the film’s release, more than 30 people drowned in the Chattooga River while trying to replicate the characters’ adventures. (From IMDB)