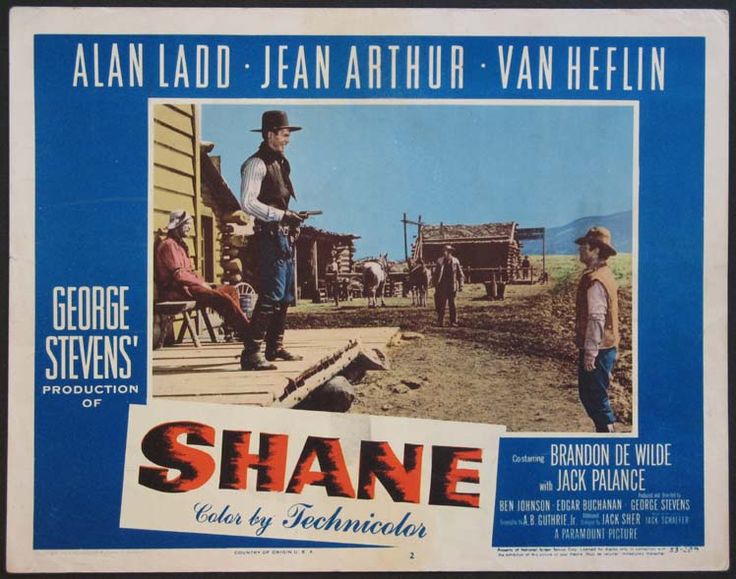 Brief Synopsis – In the Old West, a former gunfighter looking for peace and quiet decides to help a group of settlers who are being harassed by a cattle baron who wants their lands.

My Take on it – This is a film that has been parodied so much over the years and is also quite iconic mainly for it’s final scene.

The issues dealt with in the film regarding making choices in life and standing up for what you perceive is right are so amazing to put into such a film and they work extremely well.

They do a great job of comparing and contrasting the personalities and sense of duty between the two main characters and we get a clear sense as to way each choose to do what they do.

Both of them want similar things but due to their personalities along with their past experiences, they both do thing a bit differently.

The Starrett family feel like real homesteaders and we can easily identify with their hardship all the while believing them to be actual people.

The quick friendship that develops between the family and Shane can easily be believe due to the similar goals  of like minded and simple people.

This film was rightfully nominated for 6 Oscars, but was only able to take home the award for Best Cinematography due to the amazing landscape shots of rural Wyoming.

The music is done really well because it is done in a subtle manner yet also helps raise the tension of it all as things move forward.

Alan Ladd is amazing in the lead role because he seems to play the character just right.

It’s surprising that he wasn’t a more popular actor at the time.

Bottom Line – Great film about choices in life and standing up for what is right. Loved the way that both Shane and Starrett want the same thing but each does things differently based on their own personal experiences in life. The Starrett family feels quiet real and genuine and it’s possible to believe that such a relationship can easily be formed between such like-minded and simple people. Rightfully was nominated for 6 Oscars that year, but only managed a win for Best Cinematography.  The music is nice and subtle and helps keep the tension high the whole way through. Ladd is amazing as the soft spoken lead and fits the character so perfectly. Highly Recommended!

MovieRob’s Favorite Trivia – In the funeral scene, the dog consistently refused to look into the grave. Finally, director George Stevens had the dog’s trainer lie down in the bottom of the grave, and the dog played his part ably. The coffin (loaded with rocks for appropriate effect) was then lowered into the grave, but when the harmonica player began to play “Taps” spontaneously, the crew was so moved by the scene that they began shoveling dirt into the grave before remembering the dog’s trainer was still there. (From IMDB)