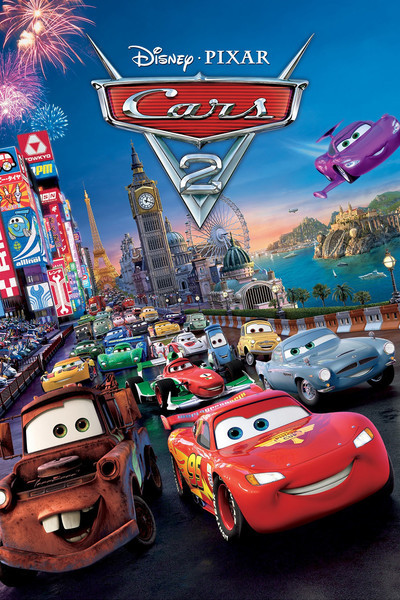 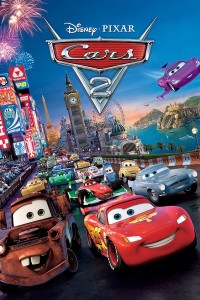 “Being killed by a clock. Gives a whole new meaning to “Your time has come”. ” – Finn

Brief Synopsis – As Lightning McQueen is sent around the globe to partake in a world Grand Prix, he and Mater get involved with international spies trying to stop a new form of fuel from becoming mainstream.

My Take on it – After never being the biggest fan of the original film in this series, I never got around to seeing this film until now.

The premise is quite interesting but just doesn’t work as well as I had hoped that it could.

The story feels too unoriginal the whole way and borrows too heavily from other films from the spy and espionage genre.

I realize that that’s meant as a homage, but it takes away from the fresh feeling of this film itself.

Too many of the reveals in this film are way too predictable and it was quite easy guessing them long before we learn about it onscreen.

The best thing about this film is the fact that it focuses heavily on Mater whose innocent idiocy is quite charming.

The world populated by talking cars still creeps me out a bit tho….

Bottom Line – Interesting idea that just doesn’t work as well as I would have hoped.  The best thing about this film is the innocent idiocy of Mater. The story feels too unoriginal and many of the reveals are too predictable. Deviates too far from the original concept and just isn’t as interesting.

MovieRob’s Favorite Trivia – The first Pixar film not to be nominated for the Academy Award for Best Animated Film since the award was created in 2001. (From IMDB)