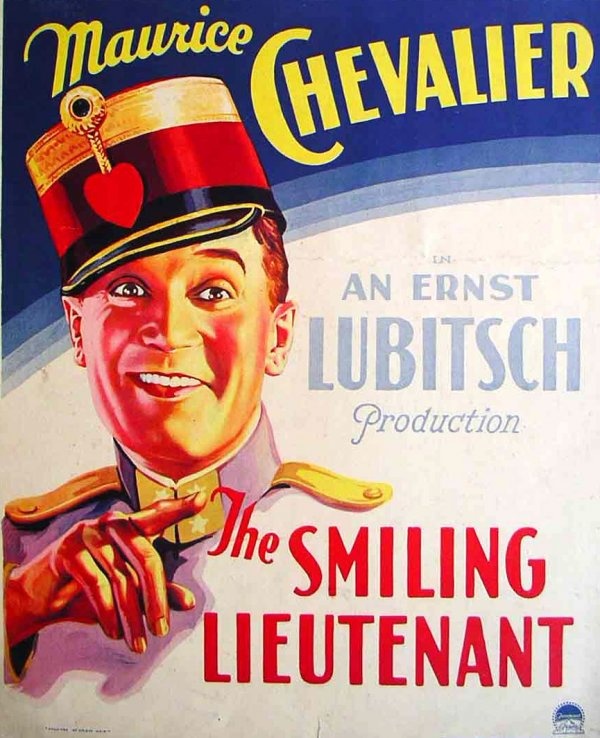 “When we like someone, we smile. But when we want to do something about it, we wink.” – Niki

Brief Synopsis – A womanizing officer in the Viennese army causes an incident when he winks at a princess during a parade.

My Take on it – After having seen a number of films starring Maurice Chevalier, he sort of has gotten on my nerves.

I can’t put my finger on it, but something about him and the characters he plays just don’t work well enough for me and I was disappointed when I saw that he was the star of this film too.

This is a typical screwball comedy of the 30’s and definitely has its moments.

I guess part of my problem is that when I see a film in black and white from that era, I always assume that the characters and story should be pure and not filled with innuendos.

I need to keep reminding myself that the actors and writers of those times were just as human as people are now and black and white doesn’t mean anything about their motivations.

This film is filled with a bunch of comedy of errors situations and they sometimes work.

Overall tho, this film is pretty average and I’m once again baffled how a film like this could be considered among the best of the year and get a Best Picture Nomination.

Bottom Line – Still not the biggest fan of Chevalier, who for some reason gets on my nerves.  This screwball comedy has its moments and I need to keep reminding myself that just because a film is in black and white, that dioesn’t mean that the story and the characters are completely pure in their motivations. The comedy of errors here works some of the time, but overall this is just an average film and not one I would think deserves to be listed among the best of the year.

MovieRob’s Favorite Trivia – A French version with dialogue and lyrics by Henri Bataille was shown in New York on 15 October 1931 and was also a big hit in Paris. It had the same three leading actors, and was filmed at the same time as the English language version, as dubbing had not yet been invented. (From IMDB)