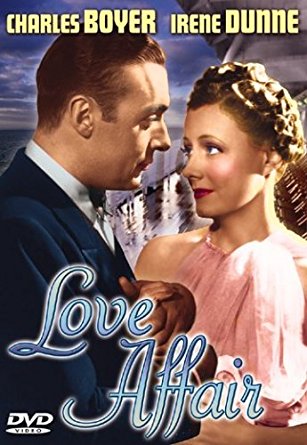 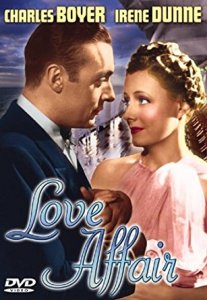 “The things we like best are either illegal, immoral or fattening. ” – Terry

Brief Synopsis – An American woman and a French man meet and fall in love while on a cruise but each are engaged to other people and must decide what to do.

My Take on it – This is a film that has a great premise but is executed quite poorly because the characters have little to no real chemistry.

This takes away from the believably of it all which is quite unfortunate.

The story has been remade numerous times, most notably nearly twenty years later with Deborah Kerr and Cary Grant in An Affair to Remember (1957).

That film is highly used in the plot for Sleepless in Seattle (1993) and after now having seen this, I realize that I knew the whole story based solely on the description in that film.

This film doesn’t add much more to the basic premise presented there.

Perhaps once I see An Affair to Remember (1957) and Love Affair (1994) with Warren Beatty and Annette Bening, I’ll then be a in a better position to give my opinion as to which version is the best of the lot.

As of now, it doesn’t seem as this one will despite being the only one to garner a Best Picture Nomination.

Bottom Line – This is a film that was remade a few times in the 60+ years after it was made.  It is highly referenced in Sleepless in Seattle (1993) which basically tells the entire story.  The love affair between these characters doesn’t seem as realistic as some other versions of this film seem to show and it’s hard to fully believe it.  The premise itself is a great one but this time, they just don’t managed to present it well enough.  I’ll weigh in on the other versions if and when I ever see them.