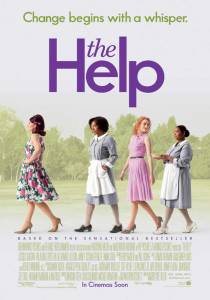 “Courage sometimes skips a generation. Thank you for bringing it back to our family.” – Charlotte Phelan

Brief Synopsis – An aspiring young author decides to write a book about the difficult life of African American maids working for white families during the Civil Rights movement.

My Take on it – This is such an enjoyable film and that largely has to do with the way that it feels so true and authentic.

The characters are amazing to watch because they are subtly developed in a way that makes us believe that they are real people and that in turn helps keep this feel so realistic.

The cast of this film is superb and has a long list of A-list actresses in key parts.

Viola Davis and Octavia Spencer both stand out here as the best tho.

This story gives us a unique look at the period of Civil Rights in the South.

We get a somewhat outsiders perspective on how things were affected especially in the ways that people spoke and acted.

The fact that they would act differently in public and private says so much about what they think about themselves and those surrounding them.

Three actresses of this film were nominated for Oscars; Davis, Spencer and Jessica Chastain.

Spencer won the Oscar for Best Supporting Actress but the other two weren’t able to win.

Davis seemed to be the front-runner throughout most of the awards season and was somehow usurpt at the last moment when Meryl Streep won the Oscar for playing Margaret Thatcher in The Iron Lady (2011).

In addition, this film was nominated for Best Picture that year.

This is one of the best films of 2011 and is quite emotional no matter how many times one sees it.

Bottom Line – Such an enjoyable film because it feels so authentic. The characters are all developed really well and we easily can believe everything that happens. The cast is superb with Viola Davis and Octavia Spencer both standing out in their roles. Gives a unique and fascinating perspective on life in the South during these difficult days where people would do things that seemed very hypocritical because on the one hand they would look down on their ‘help’ yet entrust their lives, children and households to these very same people who they supposedly despised in public.  One of the best films of 2011.  Davis was robbed of her Oscar!. Highly Recommended!