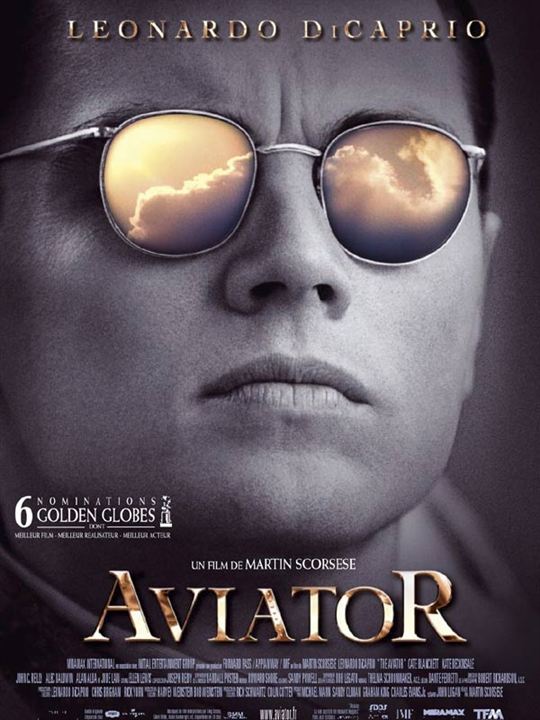 “You don’t care about money because you’ve always had it. ” – Howard Hughes

My Take on it – I have never shied away from long movies but in order to enjoy them even more, I need for them to remain engaging the entire time.

That is the biggest problem with this film.

It has a great idea for a story and Howard Huighes is a great protagonist, but this film would have been so much better had it been edited down a bit.

The life of Hughes is filled with so much to explore because he did so much in such eccentric ways.

This film tho, has a runtime of nearly 3 hours and it chugs along through large portion of it.

There are too many scenes that move along so slowly and crawl along instead of remaining engaging for the viewer.

The cast is spectacular and both Leonardo DiCaprio and Cate Blanchett are wonderful to watch.

It’s interesting to  note that Blanchett won a Best Supporting Actress Oscar for this role and became the first actor to portray a real life Oscar winner for acting.

This film does a really nice job showing the crazy kind of life that Hughes lived but ultimately, it probably would have worked better as a miniseries than as a feature length film.

Bottom Line – This is a great idea for a story because there is so much to explore here. That is also the problem with the way that it is presented since the film clocks in at nearly 3 hours and it feels that way. There are too many scenes that move along too slowly and keep the pacing of it all at a breakneck crawl. Great cast helps this along with Blanchett becoming to first actor to win an Oscar for portraying an Oscar winner.  They do a wonderful job showing the eccentricities of Hughes but this would have probably been much better if it was tackled as a miniseries instead of a long feature length film. Recommended!

MovieRob’s Favorite Trivia – Martin Scorsese designed each year in the film to look just the way a color film from that time period would look. Achieved mainly through digitally enhanced post-production, Scorsese recreated the look of Cinecolor and two-strip Technicolor. Watch in particular for the scene where Howard Hughes (Leonardo DiCaprio) meets Errol Flynn (Jude Law) in the club. Hughes is served precisely placed peas on a plate, and they appear blue or turquoise, just as they’d have looked in the two-strip Technicolor process. As Hughes ages throughout the film, the color gets more sophisticated and full-bodied.  (From IMDB)

Genre Grandeur Worthy? – Close, but the story meanders too much along the way and should have been edited down to a much more manageable runtime.