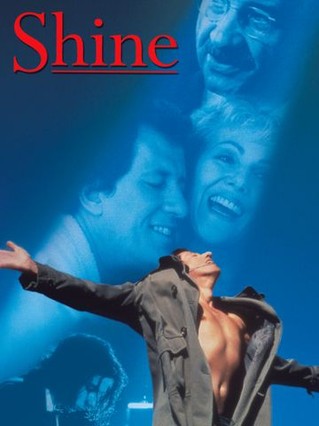 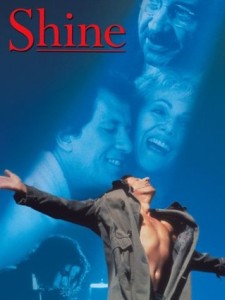 “You must play as if there’s no tomorrow. ” – Cecil Parkes

Brief Synopsis – Tells the tragic and emotional story of a young piano prodigy who is torn between doing what he wants and what his father wants him to do.

My Take on it – This is a great story that is clearly highlighted by Geoffrey Rush’s amazing lead performance.

This role managed to get him an Oscar for Best Actor that year.

The story itself is quite complex and unfolds in a nice way that gives us a pretty clear idea of what kind of life this character lived and what he had to deal with.

Besides Rush’s performance, Armin Mueller-Stahl stands out as his ‘tough-love’ father who treats him in a way that not many people could endure.

I loved how we were given various subtle clues as to how and why he acted the way he did and obviously although his actions cannot be condoned, in some ways, one can understand why he acted that way towards his only son.

This film was nominated for an additional 6 Oscars (besides Rush’s Best Actor Win); Picture, Director, Music, Supporting Actor (Mueller-Stahl), Film Editing and Original Story but didn’t manage to win any of them.

Unfortunately as moving and emotion as this film is, something feels missing that would make it even better.

Bottom Line – Great story that is accentuated by Rush’s performance in the lead role. The way that the story unfolds works really well and we get a clear sense as to what kind of life he dealt with. In addition to Rush, Mueller-Stahl is amazing as his ‘tough-love’ father who’s actions cannot be condoned yet based on all he endured in life is somewhat understandable. Nominated for a total of 7 Oscars, but only managed to win for Rush’s lead performance. Recommended!

MovieRob’s Favorite Trivia – Geoffrey Rush had once learned the piano up until aged fourteen. He took up piano lessons again thirty years later for the film and also acted as his own hand double body double. (From IMDB)