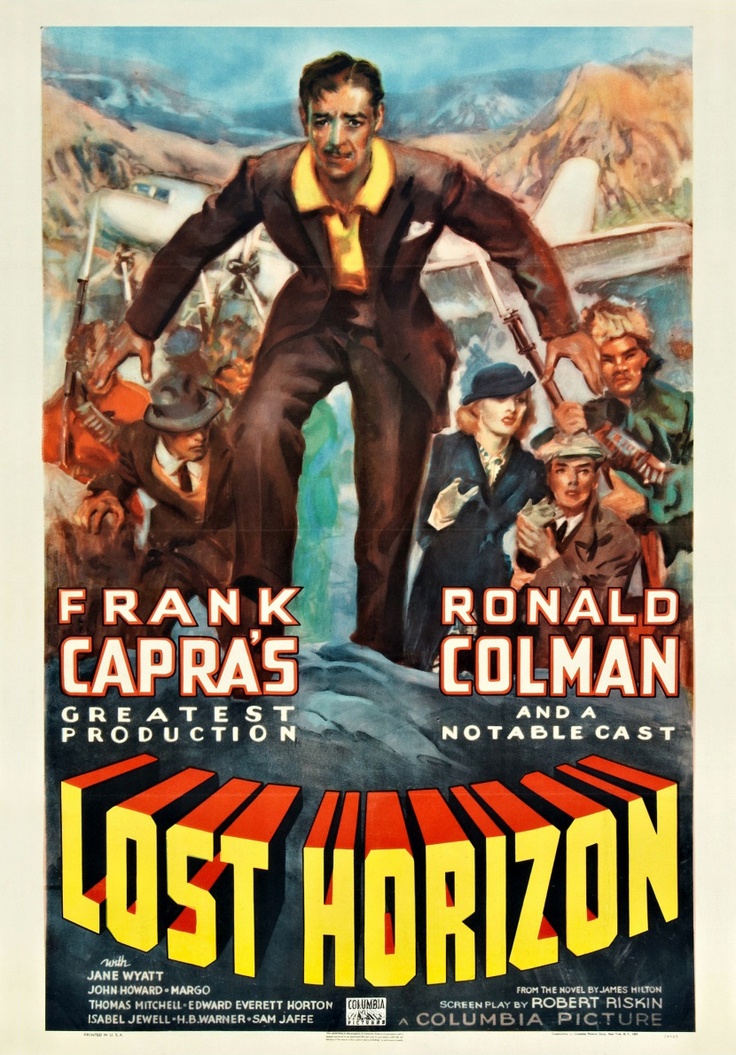 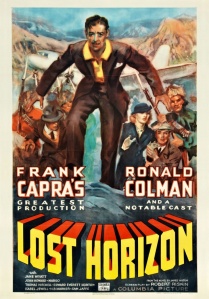 “Age is a limit we impose upon ourselves. You know, each time you Westerners celebrate your birthday, you build another fence around your minds.” – Chang

Brief Synopsis – A group of passengers on a flight across the Himalayan Mountains crash lands with the survivors finding a hidden City that claims to be utopia.

My Take on it – This is a film that I first saw in high school as homework.

Yes, I had a great creative writing teacher who assigned me movies to watch and then write reports on them.

This was one of the first films that he assigned me and as a 17 year old, I knew nothing about Frank Capra, Utopia or much about classic films.

I was amazed that such a film could have been made back in the 30’s and still am amazed today as to how great a story and message this film carries for us all.

This film has a great premise and I love the fact that it ponders the question of whether utopia can really exist or is it only wishful thinking of the mind.

This film does a great job touching upon so many different aspects of life and how people are always seeking to find a perfect place to live despite the fact that in reality, we all know that there is no possibility of a place like that truly existing.

This film is able to show why such a world might not be able to thrive.

This story has holes in its plot yet still remains interesting and intriguing the entire time.

Capra does a wonderful job directing this film and it fits in so well with the themes that he always explored about the good nature of people even in dire situations beyond their control.

I truly wonder what a modern filmmaker could do with such a story and despite not being a fan of remakes, this would make for an interesting one.

Bottom Line – Great idea about what people believe to be possible vs the reality of things. Love the way that this film touches upon so many different aspects of life and despite people wanting to find a perfect place to live, there truly is no place that is completely perfect. The story does have some holes in it, but it remains interesting and intriguing the entire time. I wonder how a remake of this idea would work nowadays.  Capra does a wonderful job directing this film and gives us such an intelligent story the reflects the main theme he always tried to explore and that is the good nature of people even in situations which are beyond their control. Highly Recommended!

MovieRob’s Favorite Trivia – Studio head Harry Cohn didn’t like Sam Jaffe’s performance as the High Lama and insisted that Capra shoot it with another actor. Capra had to submit to this request and a test with Walter Connolly was made, with Cohn even insisting on an expensive new set being built specially for it. Despite loading the dice in Connolly’s favor, the consensus was that his test wasn’t anywhere near as good. So Jaffe won the part back, though he still had to re-shoot all his scenes as they were deemed to be far too lengthy and wordy. (From IMDB)