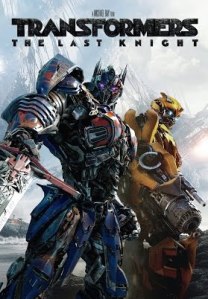 “It has been said throughout the ages, that there can be no victory, without sacrifice.” – Sir Edmund Burton

Brief Synopsis – The warring sides of the Transformers continue to fight on Earth even when their leaders are missing.

My Take on it – This is another example of a film that probably shouldn’t have been made.

It actually starts off really well but reaches a point where things start going downhill and they don’t ever manage to recover.

The story gets too convoluted and confusing and instead of getting easier to understand, things spiral out of control the farther along in the story one gets.

This film is by far too long and they try to get so much information crammed into it, that it feels as if it lacks true focus.

Most film makers would have broken this up into two films which might have made things easily to swallow.

Due to the length of this film, it’s quite hard to keep the viewer’s attention because it isn’t just a sci-fi action popcorn film with lots of battles.

The plot holes are so large that one could probably fit a Transformer through some of them quite easily.

The special effects and action scenes are amazing to watch but the question really remains as to whether there truly was a need for yet another film in the Transformer’s franchise….

Bottom Line – Yet another Transformer’s film that starts off really good, but gets too convoluted and confusing as things move along. The film is too long and due to this, it’s quite easy to lose the attention of anyone watching it. Too many large plot holes doesn’t help this film’s cause at all. The special effects and action are fun to watch, but was a fifth movie really needed here?

MovieRob’s Favorite Trivia – After the release of Transformers: Age of Extinction (2014), a writers’ room was set up to plan the franchise’s future beyond the main film series. Two of the ideas pitched involved the Arthurian myth and World War II respectively. Michael Bay liked them so much that he decided to incorporate them into the script for this film. (From IMDB)