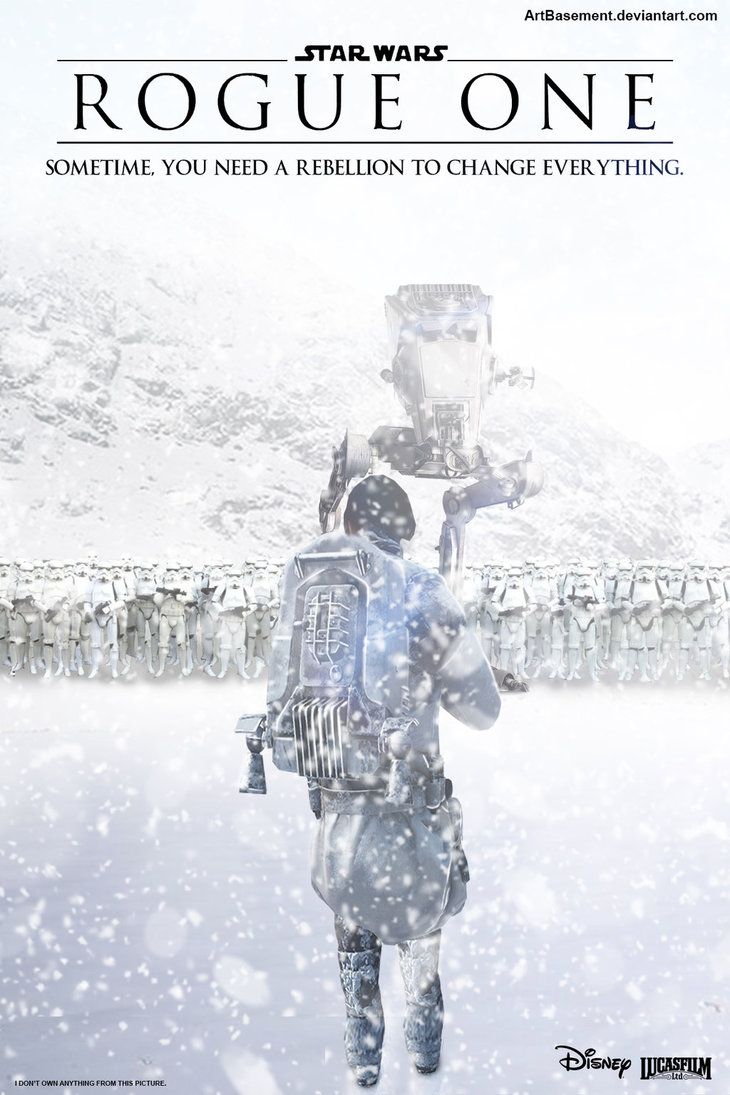 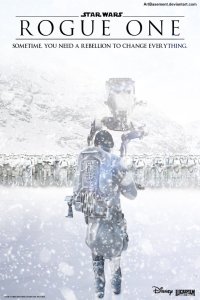 Brief Synopsis – The Rebel Alliance tries to get the plans for the Empire’s new deadly weapon in order to try and find a weakness and destroy it.

My Take on it – I have been a Star Wars fan for decades and I loved the way that this film takes all that we know of the Galaxy Far Far Away and slightly expands the scope of what we are seeing while still remaining true to what we already know.

The idea to make an entire film based solely on a line of text from the original film is unbelievable.

This film is able to create new and interesting characters whose worlds revolve around the main storyline of the sage yet deviate enough from it to keep things really interesting and fresh the entire time.

The fact that none of the characters have any kind of history allows the film makers to do things with them that we might not expect from a Star Wars film and that helps raise the stakes even higher.

The way that this film shows the efforts and goals of the Rebellion aren’t entirely black and white which is amazing. We all always look at Star Wars as good vs evil, right vs wring, but that isn’t entirely true and this film explores some really dark issues which are splattered with gray areas the entire time.

As with all Star Wars films, the music is great and it stays close to the original music but that too deviates enough to give it a unique voice.

This is the most action packed film of the entire Star Wars saga and I loved how they give us an intense ground battle coupled with an intense air (space) battle that are interconnected as they should be.

The battles feel quite realistic and are intense that they keep you on the edge of your seat the entire time.

This film is rapidly becoming one of my favorite Star Wars films and I hope that the upcoming Solo (2018) will be equally as good.

Bottom Line – Rapidly becoming one of my favorite Star Wars films. Love the way that they were able to successfully create new characters and adventures in the “lived in” world in a Galaxy Far Far Away without the need to even reference the main characters from the general storyline.  This manages to give the entire world new life because there are other interesting storyline that run parallel to the main one that have yet to be explored. Loved the way that they present the characters in a way that shows how the rebellion isn’t black and white, good vs evil yet also is filled with lots of grey areas especially when it comes to what is right and wrong.  Loved the entirely new group of characters that all have untouched pasts or futures so that they are free to have them do whatever they want without the need to foreshadow.  The music is great (as always) with Star Wars films.  This is the most action packed film of the entire series because it shows both events on the ground and in space that are quite intense and realistic feeling.  Really can’t wait to see this again. Highly Highly Recommended!

MovieRob’s Favorite Trivia –  Cassian mentions the “Guardians of the Whills” when speaking with Jyn on Jedha before the attack on the hover-tank. “The Star Wars: From the Journal of the Whills” was the original working title of George Lucas’ story. The Whills were wise beings who narrated the Star Wars saga to their pupils, explaining it as having happened “a long time ago in a galaxy far away.” This flashback format was ultimately deemed unnecessary and abandoned. There is a popular consensus among fans that the Whills are the species that Yoda belonged to, but this has never been officially confirmed. (From IMDB)