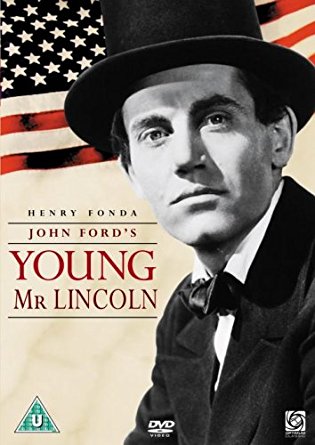 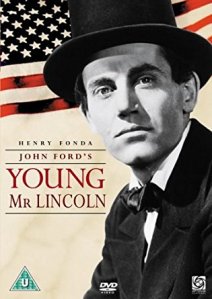 “I may not know much of law Mr. Felder, but I know what’s right and what’s wrong. And I know what you’re asking is wrong.” – Abe Lincoln

Brief Synopsis – A look at the early days of one of the greatest Presidents of the US as he tried to seek justice as a lawyer in Illinois.

My Take on it – As a fan of US History and the Presidency in general, I was looking forward to seeing this film again after more than 20 years.

Abe Lincoln was known as one of the greatest Presidents and this film tells us a bit about his early life.

I’m not 100% sure how much of this film is true, but it still works really well under what we know about Lincoln and how he always acted.

Henry Fonda is excellent in the lead role and gives off an aura of leadership that it is known that Lincoln embodied.

The dialogue is superbly written and we not only get some great debates between the characters, but they manage to pepper in a bit of humor and quips along the way to keep things from becoming too heavy.

The court case that this film focuses on is quite enjoyable to watch and it gives us a clear sense of what cases must hav been like in those days.

Regardless of whether this film’s story is absolutely true or not, it definitely makes for an enjoyable movie to watch and savor.

Bottom Line – Fonda is superb in this role and really gives off a presence that we all know that Lincoln had. The dialogue is great and is filled with lots of quips from the future President that match up with things that people know about him.  The court case presented here is done really well for its time and place and allows us to get a glimpse of what justice must have been like in those days.  I’m not 100% sure how much of this is truth, but it still makes for a great story to watch and enjoy. Recommended!

MovieRob’s Favorite Trivia – Henry Fonda originally turned down the role of Lincoln, saying he didn’t think he could play such a great man. He changed his mind after John Ford asked him to do a screen test in full makeup. After viewing himself as Lincoln in the test footage, Fonda liked what he saw, and accepted the part. He later told an interviewer, “I felt as if I were portraying Christ himself on film.” (From IMDB)