Thanks to Chet of Downthehall Podcast for this recommendation. 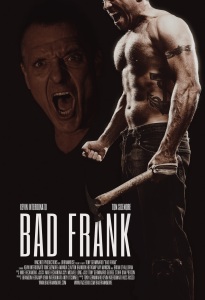 “I saw something that I shouldn’t have seen and when I tried to make it better, I made it worse. ” – Frank

Brief Synopsis – A recently released convict tries to keep his life in order, but his associating with other criminals brings him back into the fold where he must do all he can in order to get back out.

My Take on it – This is a film that I had heard about but never really had much desire to see since I didn’t really think that they would be able to do something different with this very generic idea.

Unfortunately, I was right and despite this film having its moments, overall, it was just the same old plot about someone trying to get away from previous criminals connections while still getting pulled back in.

The fact that this film is a low budget film actually doesn’t hurt it at all and it still works for what it tries to do.

The cast is also quite mediocre here and even the very reliable Tom Sizemore gives an over the top performance that is more laughable than sadistic or scary.

There are also a number of scenes and plot points that appear out of nowhere and don’t help move the story along but rather take it darker and darker down the rabbit hole where we can then se ethat there isn’t much hope of redemption for the characters or even for this film.

Bottom Line – This is an average mob revenge type film that has its moments but overall it feels as if something is missing that would make it more unique. The fact that this is a low budget film doesn’t hurt it at all and it works for what it was meant to do.  The cast is quite mediocre and even the ever reliable Tom Sizemore falters here.  There are enough scenes that show us how dark things can really get and they get darker and darker to the point where nothing can be done to help make this film any better.