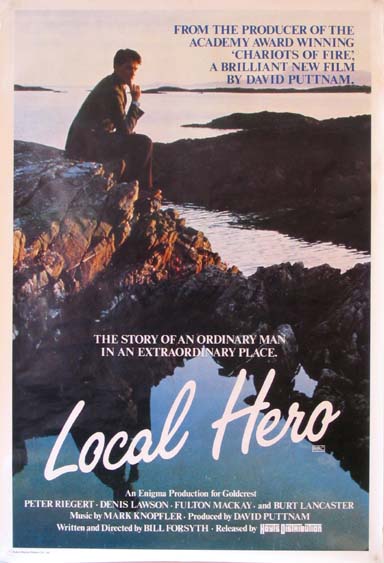 Thanks to Debra of Moon in Gemini for this recommendation.

She suggested I watch a film directed by Bill Forsyth

Here are her thoughts on the film. 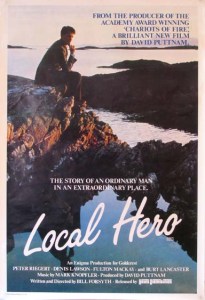 Brief Synopsis – A business man is sent to a small town in Scotland in order to convince the population that they should move in order to make room for an Oil refinery.

My Take on it – This is another film that I had never heard about before coming across it while looking at Forsyth’s filmography.

The premise itself is quite interesting, but I wasn’t as keen on the way that the whole thing was presented as a pseudo-comedy.

The characters are all a bit too quirky for their own good and this takes away from the potential that this film’s story had.

Even since I saw him in the Star Wars trilogy as Wedge Antilles, I have always loved the character played by Dennis Lawson, so it was nice to see him in this film in a role quite different from his action scenes in the Trilogy.

The film has a great underlying message about both greed and environmentalism but it loses much of its impact due to the fact that the story is presented more as a comedy than as a drama.

Bottom Line – Interesting premise that just doesn’t work due to the way it is presented. The characters are all too quirky which takes away from the possible potential that this story has. Nice seeing Lawson here since he has always been a  favorite of mine from his stints in the Star Wars trilogy.  The underlining message of the story is great but just doesn’t work as well due to the way that this film presents itself as a comedy.

MovieRob’s Favorite Trivia – The asteroid “7345 Happer” is named after actor Burt Lancaster’s Happer character in this movie who is keen on astronomy. It also fulfilled Lancaster’s wish to have a comet named after him. (From IMDB)