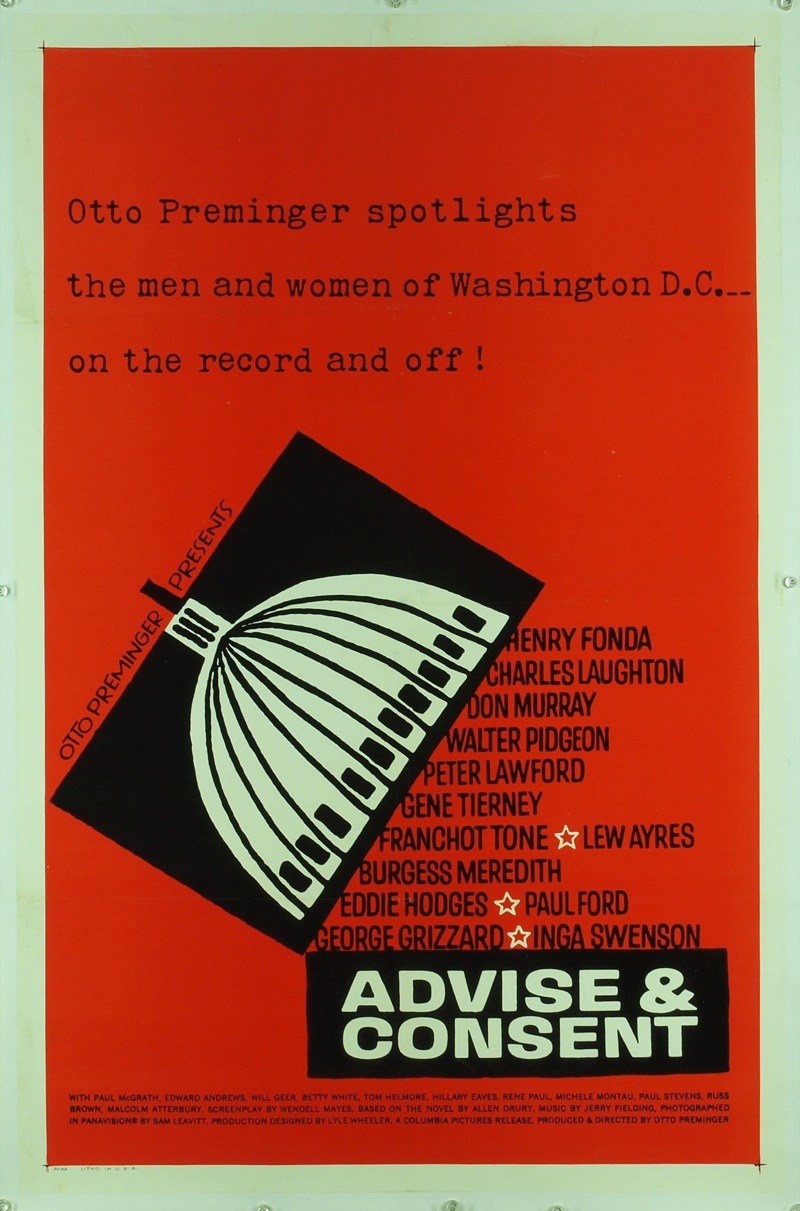 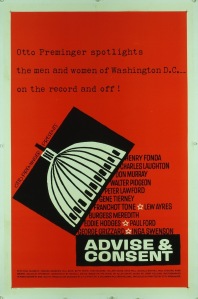 “Mr. President, with the chair’s permission, I shall be very brief.” – Bob Munson

“The chair gladly gives any senator permission to be brief.” – The Vice President

Brief Synopsis – As the Senate is trying to vet a new candidate for Secretary of State, both sides of the political spectrum try to get their way via political maneuvering.

My Take on it – This is a film that I came across by accident two years ago and being a fan of US political movies it quickly became one of my favorites.

The dialogue is crisply written and we get a superb political story that could conceivably take place even now and it especially feels realistic in numerous ways.

The fact that even after 56+ years, this film still remains relevant says so much about how politics and the political system itself are the same no matter when you look at such ideas.

We get a clear picture of how the system works and it’s easy to see how the minds of politicians seem to be working at light speed looking at every angle and possibility of every situation they get themselves into along the way.

The cast is amazing and since most of them are well known actors, they familiarity with them actually also helps the viewer believe the story because it could be as if we are watching things happening to current politicians.

This is one of the best (if not THE best) film about the US political system and would be quite difficult to eclipse IMHO.

Bottom Line – Amazing film about how the US political system works and it allows us so much perspective on it all. Amazing cast helps make this film and its characters feel even more realistic because of the familiarity with most of the cast.  Proves that even after 56+ years, not much has changed when it comes to politics and therefore this story comes across as being extremely timeless in all that it tries to do.  Superb dialogue works on numerous levels and gives us a very realistic feeling of it all. One of the best, if not THE best film about the US political system. Highly Highly Recommended!

MovieRob’s Favorite Trivia –  Director Otto Preminger offered the role of a Southern senator to Martin Luther King Jr., believing that the casting could have a positive impact (despite the fact that there were no black senators at the time). King declined after serious consideration, as he felt playing the role could cause hostility and hurt the civil rights movement. (From IMDB)