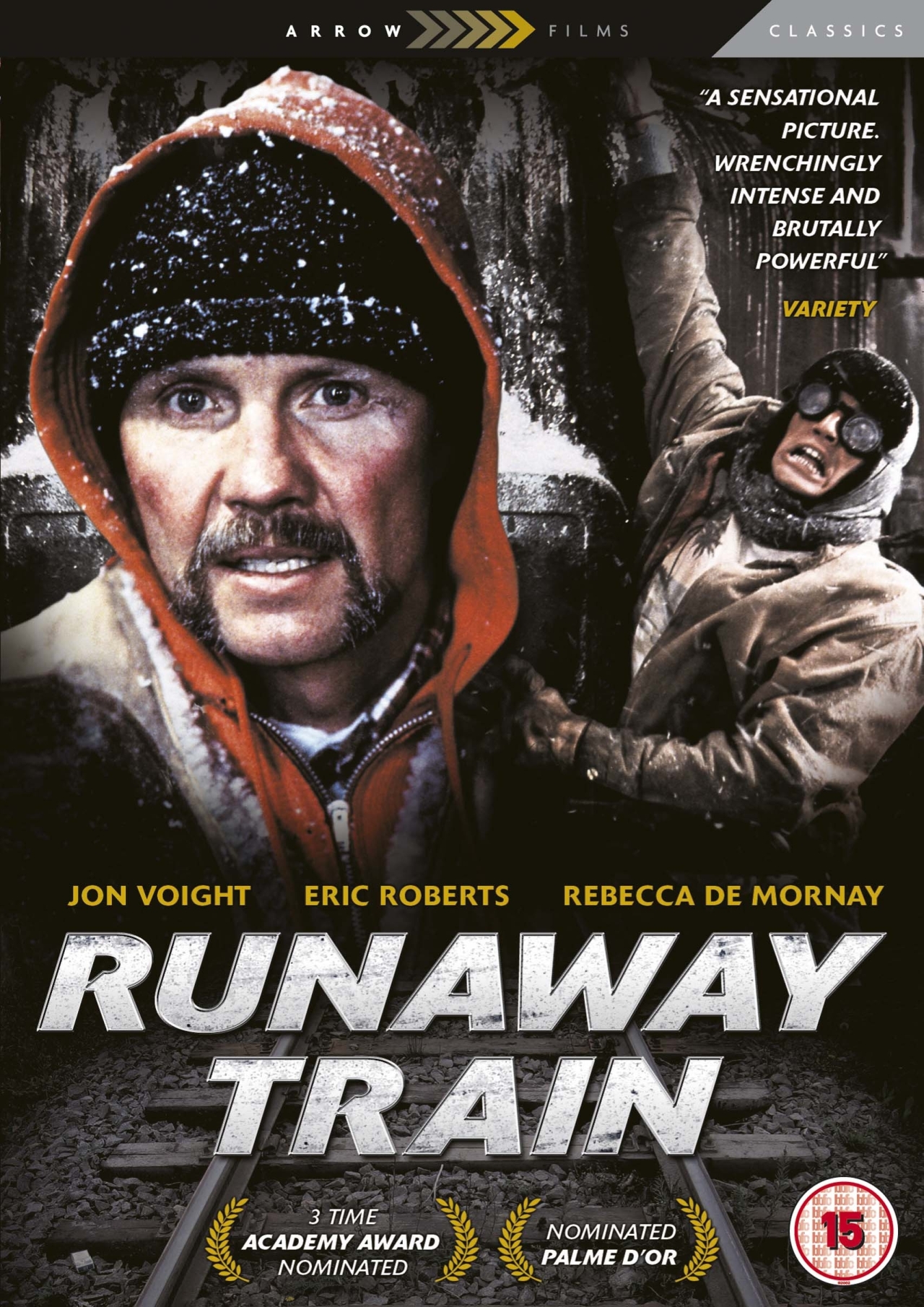 This month’s Genre has been chosen by Dell of Dell on Movies and it is Anti-Hero Films.

Let’s see if I felt that this movie would be worthy of being in the company of my others favorite movies in the genre of Anti-Hero Films.…

“Boy, I guess you guys picked the wrong train.” – Sara

Brief Synopsis – Two escaped convicts find themselves on a driver-less train as it heads towards a collision.

My Take on it – I’ve seen this film a few times and have enjoyed it each time that I watched it.

They do a great job keeping the level of tension at the right point while having the level slowly rise as things move forward.

The cast is quite good and Jon Voight and Eric Roberts are both pretty good here.

I’m still not convinced that they both deserved Oscar and Golden Globe nominations for these roles.

Voight is cast against type here and that actually works in his favor despite the fact that his character isn’t meant to be likeable at all.

Roberts’ accent keep making me think I was watching Matthew McConaughey who was way too young when this was made to be dubbing the lines. 🙂

The action works well here and helps keep things interesting because not much is really going on around the main storyline.

The music used here is also enjoyable and helps get the viewer in the right mindframe of the story as it speeds forward.

The idea to have this story take place in Alaska is the right one because having the train speed through the snow and ice raises the stakes more and more as things get more dangerous.

Bottom Line – Fun film that works due the way that the tension keeps building up. Roberts and Voight are both fine here, but I’m not convinced that both deserved Oscar nominations for these roles. The action works well and they do a really nice job slowly raising the level of tension slightly as they move closer and closer towards a destructive crash. The music also works well with the atmosphere of the story. Great choice to have this take place in Alaska because it adds even more thrills with the snow and ice bombarding the train and its passengers. Recommended!

MovieRob’s Favorite Trivia – Akira Kurosawa co-wrote the original script and planned to direct it in upstate New York. The project was cancelled because the snowstorms were so bad, his crew could not work. Originally, the character played by Jon Voight was a convicted killer, but writer and ex-con Edward Bunker changed him to a safe cracker because he felt the other prisoners would not respect a killer. (From IMDB)

Genre Grandeur Worthy? – Not really. Enjoyable storyline, but I couldn’t quite believe that these are such great characters trying to escape to freedom.