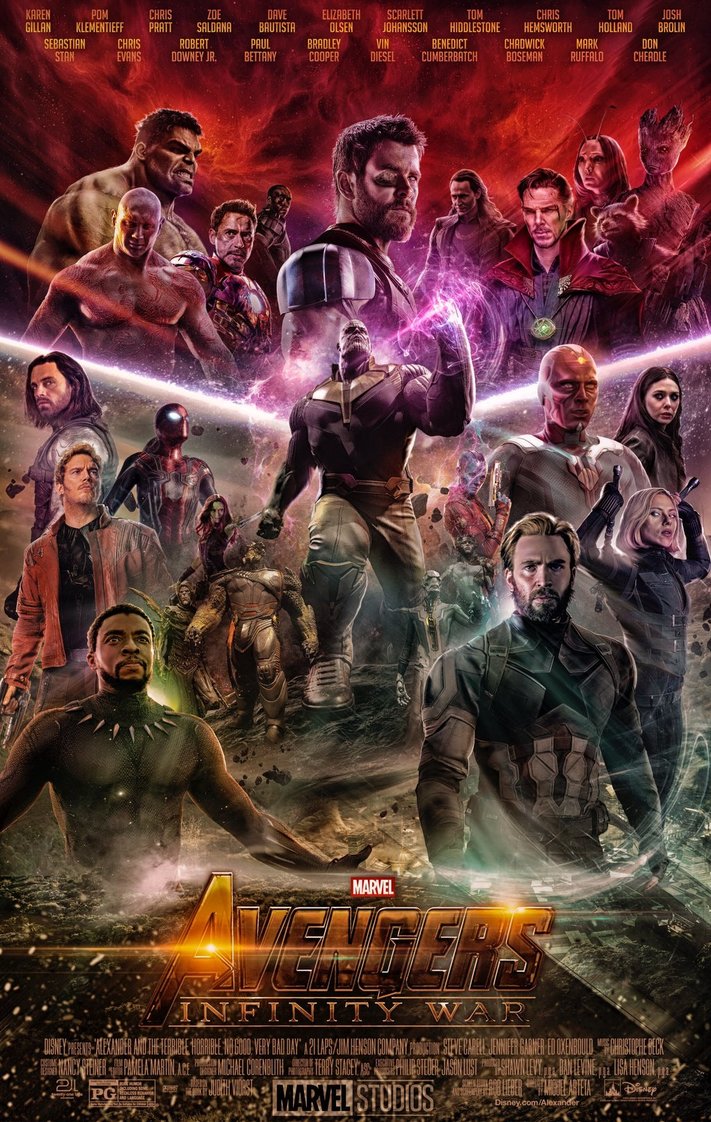 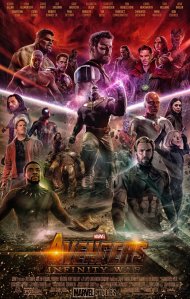 “Your powers are inconsequential compared to mine. – Ebony Maw

Brief Synopsis – The Avengers and their allies must try and stop Thanos from acquiring all 6 Infinity Stones which would enable him to destroy the universe as we know it.

My Take on it – This film is probably among the most anticipated films of all time and with good reason.

Over the past decade the MCU has given us 18 films with different characters that all culminate in this film.

Many people feared that the use of too many characters and actors will take away from the spectacle of it all and I personally think the opposite; it helps the story even more.

This film finally integrates and has most of the characters that we have seen in stand-alone films work together and it makes it all feel like it was worth the wait to see such a film.

This film is able to take all the information that we have acquired about the overall storyline and merge it all together as it moves towards a stunning climactic battle of good vs evil.

Unfortunately, like most films that have an immediate sequel, this film ends things by giving us more questions to ponder over the next year before the next film comes out.

So much happens in this film and there is a lot of information to try to absorb that I can’t wait to see it again in order to catch things that I must have missed.

One of the best of the MCU (so far), but that can only be judged properly once we all get to see the sequel next year.

Bottom Line – Well worth the wait and hype. This film takes all the knowledge that we have acquired over the past decade of MCU films and finally puts the pieces together.  The completed puzzle is amazing to watch because there is so much happening simultaneously as it moves towards a HUGE finale which pits good vs evil. The fact that this film has so many characters and stars in it doesn’t hurt the film at all as some feared.  The biggest problem with this film is that like most great films which have sequels, they leave us with so many unanswered questions.  Thankfully, its only a year until we get some of them answered if not all.  Can’t wait to see this again because there is so much to take in here. Highly Recommended!

MovieRob’s Favorite Trivia – Tom Holland was not allowed to read the script for this film since he revealed too many secrets for Spider-Man: Homecoming (2017). (From IMDB)