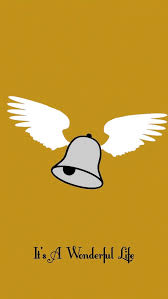 “Ah, youth is wasted on the wrong people.” – Man on Porch

Brief Synopsis – A businessman is given the chance to see what the world would have been like if he had never existed.

My Take on it – When I decided to join this blogathon, I wasn’t really sure what film I would choose.

There are so many films that I love so much and I could imagine taking off the shelf on a “rainy day” or just to cheer myself up, but since I needed to widdle it down to one choice, I settled on this film.

Most people are familiar with this film and its premise and unfortunately so many movies and TV shows have tried to copy the premise over the past 70+ years yet all have fallen short of achieving the feelings that this film can bring out in people.

Many of us have thought about the fact as to how much we have personally been able to affect the world and those around us and most of us have come to the conclusion that in the big scheme of things, we haven’t made much of a difference, but this film’s story comes to tell us how important the little difference can be also.

They do an amazing job of telling us the tale of the life of George Bailey while it is also being told to Clarence (George’s guardian angel) as he studied hos life in order to try and save this troubled soul which lets us learn about all of the good deeds that George was able to accomplish during his lifetime.

Many of these vignettes don’t seem to have much of an effect on everything around him, but all of them show us key points in his life that helped shape both his life and the lives of those around him.

The story is presented amazingly and has enough emotional points in the story to make the viewer care so much about the characters we meet especially George.

George is played magnificently by Jimmy Stewart and he has helped make this character such an iconic one.

He is great as the George and does an amazing job playing the character over a large number of years and in different emotional circumstances throughout his life.

This is known as one of the most famous Christmas films, but there is so much more to it than that because it allows the viewer to self evaluate their own life every time they watch this film and think about what contributions each of us has made on those around us day-in and day-out.

The story itself works on numerous levels which allows for multiple viewings because you can always catch something that yu might have missed the previous time.

This is probably known as Frank Capra’s most famous film and there is a good chance that it has had the most impact on the world even if some of his other films come quite close to matching this film’s impact.

Loved the way that this story touches upon issues of faith yet doesn’t get preachy about them while allowing the viewer to make their own conclusions about it.

The realism in the story is amazing and allows us to believe so well that such a story could really happen.

There have been many people who complain that this film looses part of its credibility because it doesn’t tie up all of the loose ends by the end credits, but I think the exact opposite; this film is ever the better for that because it shows how even if life isn’t 100% perfect, its still possible to go on.

There is no question that this film still holds up even after 72+ years and that has a lot to do with the fact that it is such a captivating, interesting and most importantly timeless story that can be watched over and over and still remain so iconic and emotional.

Bottom Line – Amazing film with a great premise that has been copied unsuccessfully so many times over the past 70+ years.  The story is done really well and is so emotional in the way that it is presented.  Stewart is quite iconic in the title role and does an amazing job both playing the character over a vast number of years and in different circumstances in life.  This film has become known as a Christmas film, but there is so much more to it than that because it is able to tell such a great tale that works on numerous levels to make the viewer take a look at their own life and wonder how much of an effect they have had on the lives of those around them.  This film has become one of the best known classics of Capra and there is a good chance that it is excepted as his best work.  The story touches upon faith yet doesn’t get preachy about it at all.  The film also is realistic in the way it shows that even if everything doesn’t go exactly as we would like in the world, things can still move forward.  Many people have criticized how this film doesn’t tie up all of its loose ends, yet that helps make this film so amazing because it doesn’t need to do so in order to stay superb. There is no question about the fact that even after 72 years, this film still holds up as one of the greatest films ever made because it has such a captivating, interesting and most importantly timeless story. Highly Highly Recommended!

MovieRob’s Favorite Trivia –  As Uncle Billy drunkenly leaves the Bailey home, it sounds as if he stumbles into some trash cans on the sidewalk. In fact, a crew member dropped a large tray of props right after Thomas Mitchell went off-screen. James Stewart began laughing, and Mitchell quickly improvised, “I’m alright, I’m okay!” Director Frank Capra decided to use this take in the final cut and gave the stagehand a $10 bonus for “improving the sound.” (From IMDB)