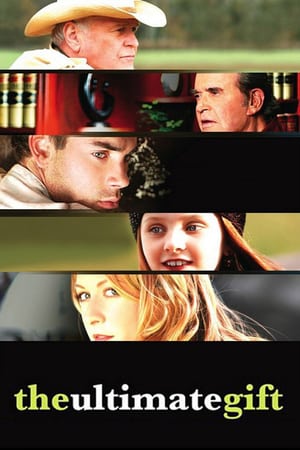 “When I achieved my dreams, it was like going home to a place I’d never been before. You don’t know that feeling, do ya? The first few gifts I’ve given you have been practical – show up, do this and do that – and then the gifts started needing you to provide input. They needed intuition. Still, your average person is too weighted down. Jason, you need to be free, free to dream. You need to come up with a dream then act on it. ” – Red

Brief Synopsis – As his dying wish, a billionaire challenges his grandson to a number of tests before he will be willing to give him his inheritance.

My Take on it – This is yet another film that I watched solely because I saw that it was among my friend SG Liput‘s favorite films.

This was such a great film because it is able to teach people so much about how to find the important things in life in such a short span of time.

The meaning of life is discussed often by the characters and as they try and seek their own meaning for things, they discover so much about themselves that they never even were aware of.

This film gets a bot preachy every so often yet it is still done in an interesting way.

The cast is largely unknown and that helps make things feel a bit more realistic as the story moves along.

The exceptions are James Garner, Abigail Breslin and Brian Dennehy who each have significant supporting roles in this film.

This is a very poignant film that has much to teach each and every one of us because we can each see something different in the decisions made by the characters in this story.

Bottom Line – Such an great film that teaches so much in such a short period of time. We get to learn so much about the meaning of life in this story which seems a bit preachy yet still works quite well. The cast is largely unknown and that helps keep things feeling even more realistic.  The only real recognizable actors in the film are Garner, Dennehy and Breslin who are all supporting yet significant characters in the story.  This film has so much to teach all of us about the true meaning of life. Recommended!

MovieRob’s Favorite Trivia – Author Jim Stovall makes a cameo appearance in the move as a limousine driver. The interesting thing about this is that Jim Stovall is blind. (From IMDB)