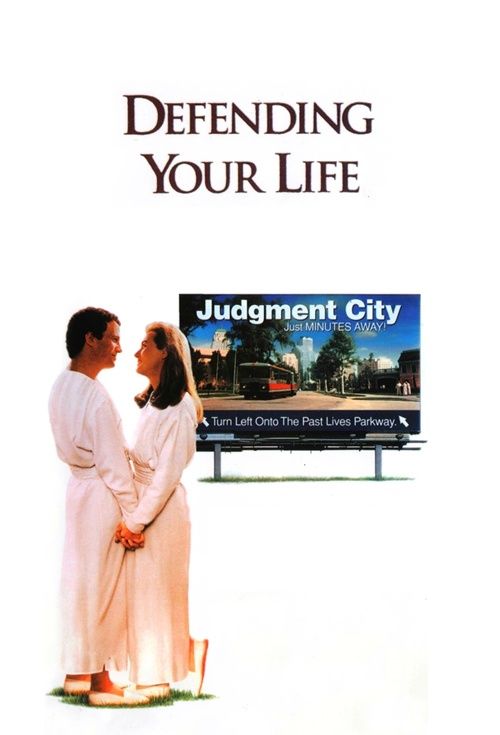 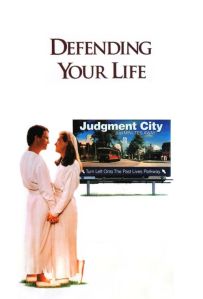 “When you use more than 5 percent of your brain, you don’t want to be on earth; believe me.” – Bob Diamond

Brief Synopsis – After dying in a freak accident, an advertising executive must defend decisions made in his life in order to proceed to the afterlife or be reincarnated on Earth.

My Take on it – I have always enjoyed Albert Brooks and the films that he has directed and written.

In this film, he wears three hats: Director, Writer and Lead Actor and he does all three superbly

This movie has a great concept that works so well because it makes a lot of sense and it is done in a hilarious fashion that only Brooks himself could pull off so well.

His character is great and is developed so well over the course of the film that its very easy to identify with him throughout.

Brooks tailor made this role for himself and he excels in it.

The concepts used for Judgement City are ingenious and they do a wonderful job giving us just a small “taste” of the various attractions and events awaiting people who must find a way to explain and defend the way that they have lived their lives up to that point.

My favorite is the Past Life Pavilion because they can do wonders with an idea like that and they choose to make it both hilarious and poignant.

Meryl Streep is fine here, but her character is a true archetype and we get to see much beyond the aura that they want her to have.

Unfortunately, she and Brooks have very little believable chemistry together which takes away from the idea of a romance sparking between them.

Bottom Line – Hilarious concept that works so well. Brooks tailor made this role for himself and it comes across so perfectly. The way that Judgement City is created is great and they manage to give us a bit of a taste of so many things going on there.  Streep is also great here yet I kept getting a nagging feeling the whole time that they just don’t have enough chemistry between the two of them for such a romance to feel believable. Recommended!

MovieRob’s Favorite Trivia – In a scene set in a comedy club, a terrible comedian performs a roast-style comedy act. This comedian asks Daniel (writer/director lead Albert Brooks) how Daniel died. Daniel says “on stage, like you.” Daniel later jokes that he can’t leave before the end of the act because the guy on stage is his father. “No, I’m kidding. That would be so sad for me.” This entire interaction is a dark and elaborate in-joke. Albert Brooks’ father, Harry Parke, actually was a comedian who died on stage at the Friar’s Club, just after he finished his roast style comedy routine.  (From IMDB)