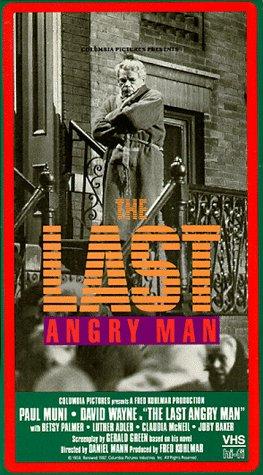 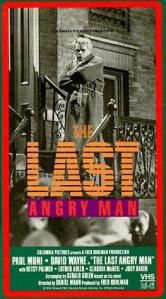 “We owe him something, Woody, as rotten as he is.” – Dr. Sam Abelman

Brief Synopsis – A young man writes an article about his uncle who is a selfless doctor trying to help the sick in his poor neighborhood which leads to a TV producer wanting to do a show on the man.

My Take on it – This is a film that I’ve been trying to see for years and finally found a copy online since it was Paul Muni’s final screen performance and also his final Oscar nominated role for Best Actor.

He does a wonderful job in this role and definitely deserved the nomination for such a powerful performance.

His character’s selflessness shines throughout and this helps make the story seem timeless because even after nearly 60 years, it still rings true.

This film does a wonderful job showing that not everyone can easily be corrupted by fame and ratings especially when they truly believe that they are doing the right thing for the right reasons in the right place and time.

The plot stays engaging throughout and it manages to get across a great message about being true to oneself in everything that you do no matter the cost because the self satisfaction is much more important than the fame and fortune that can easily come and go without any notice.

Bottom Line – Great performance by Muni which turned out to be his final role. He was nominated for an Oscar for Best Actor for this role. The selflessness of his character still rings true even after nearly 60 years and in some ways makes this story timeless.  Really liked the way that this film shows that fame and ratings aren’t something that can easily corrupt everyone especially when they feel that they are doing what they are needed for on their own terms.  The plot is extremely engaging and manages to get across a great story with a message about being true to one self no matter the cost. Recommended