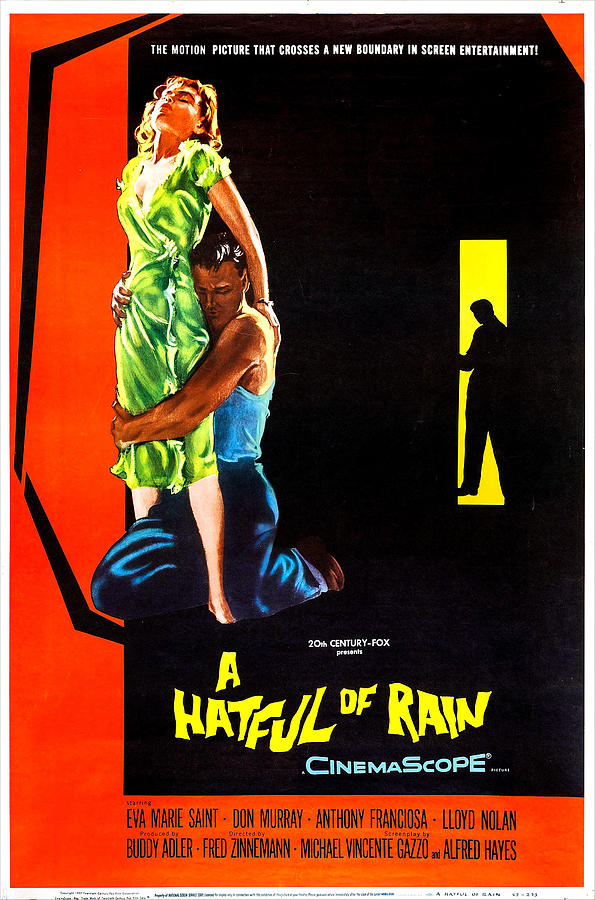 Brief Synopsis – A Korean War veteran’s brother and wife try to help him when he gets in deep with dealers who he owes money to due to his morphine addiction.

My Take on it – This is yet another film that I had never heard of beforehand and only found out about it while trying to get through the list of Oscar Brest Actor nominees.

Anthony Franciosa was nominated for Best Actor for his role as a man trying to help his War veteran brother, played by Don Murray, who is addicted to morphine following his return from the war.

I was actually a bit baffled by the fact that they chose to give Franciosa the nomination, since I believe that Murray doe s a much better job and gives a more powerful performance in this film.

The overall premise is quite good, but due to the way things are presented because of the Production Code laws at the time, much of the plot is only alluded to instead of discussed outright which hampers the whole idea.

The cast also does a fine job, but they too seem bound by what they were allowed to say which also takes away from the impact of such a theme.

I would actually be quite interested to see a modern version of this film because they would no longer feel bound by the code and would be able to discuss the issues openly and plainly.

Bottom Line – Interesting idea that doesn’t work as well as it could have largely due to the way most of the plot is presented due to the Production Code. The cast is quite good, but they also feel too bound by the code in order to fully express their character’s real opinions about the situation. Franciosa was nominated for an Oscar for Best Actor for this role and that slightly baffles me since I think Murray gives a more powerful performance as the Korean war veteran.