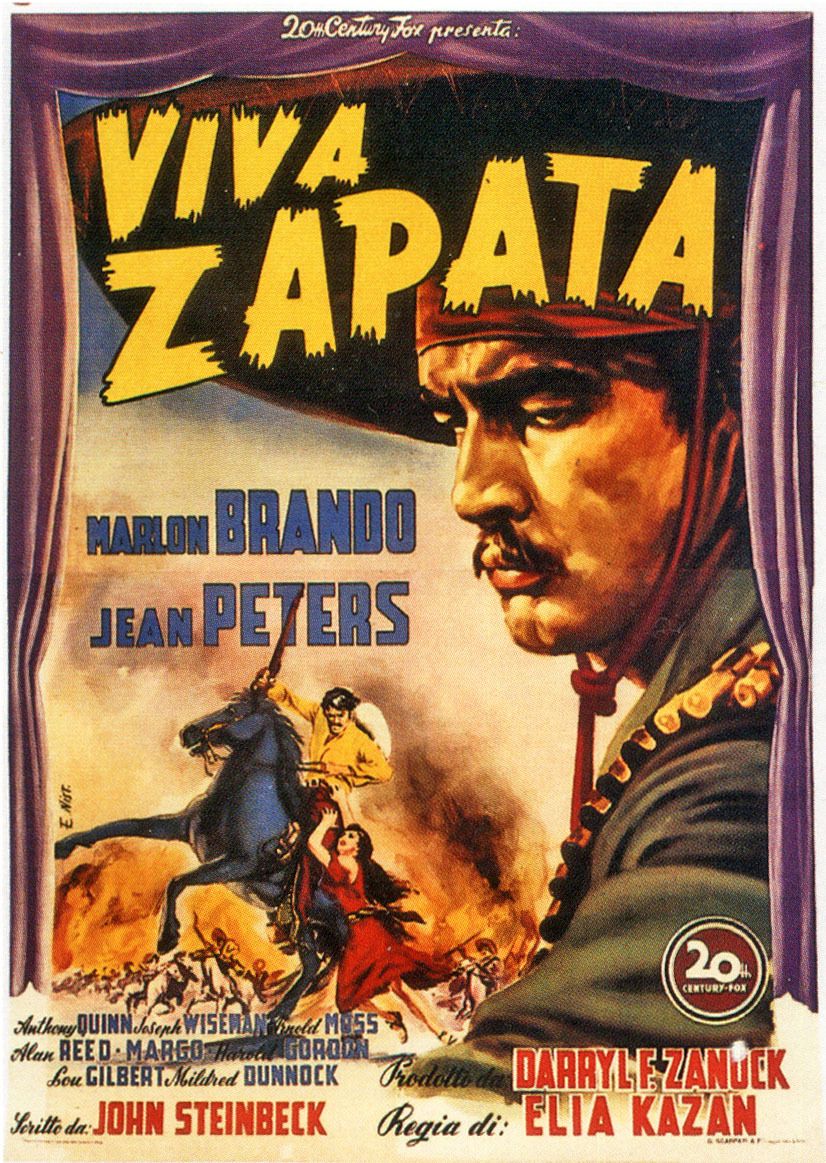 Brief Synopsis – A Mexican farmer who helped lead a revolution against the corrupt Mexican dictator.

My Take on it – This is another film that I had never even heard of before watching and was once again pleasantly surprised at how enjoyable it was.

They do a great job dealing with the idea of how power and corruption have such a cyclical nature and even though many believed that once they would come to power things would change, they also fall into the trap too easily.

Marlon Brando is a great actor, but even he is not successful in making us truly believe that he is a Mexican. (I can definitely understand Anthony Quinn’s sentiments reflected in the Trivia Below).

Quinn does a wonderful job as Brando’s brother and right hand man and definitely was deserving of his first (of two) Best Supporting Actor Oscar(s) for this role.

Unfortunately, the message of this film is quite timeless and rings true in just about any time period and is still relevant today.

As with most film biographies, I assume that most of the story presented here has been Hollywoodicized and isn’t as accurate as the real story was, but they still do a nice job giving us a premise that we can mull over for a while since it brings up some very interesting ideas.

Bottom Line – Nice idea about the cyclical nature of power and corruption that would work better if someone else had the lead role. Brando is a great actor, but even he can’t make us believe that he is a Mexican. Quinn, on the other hand is great as his brother and right hand man and deservingly won an Oscar for his role. The message of the film still (unfortunately) rings true even after so many years. Recommended!

MovieRob’s Favorite Trivia – Anthony Quinn was very disappointed when Marlon Brando was cast as Emiliano Zapata – he thought that with his Latin appearance, he would have been a better choice. To solve the argument, both actors competed to see which of them could urinate furthest into the Rio Grande. Quinn lost the bet, but he won an Oscar for the best supporting actor as Zapata’s brother. (From IMDB)