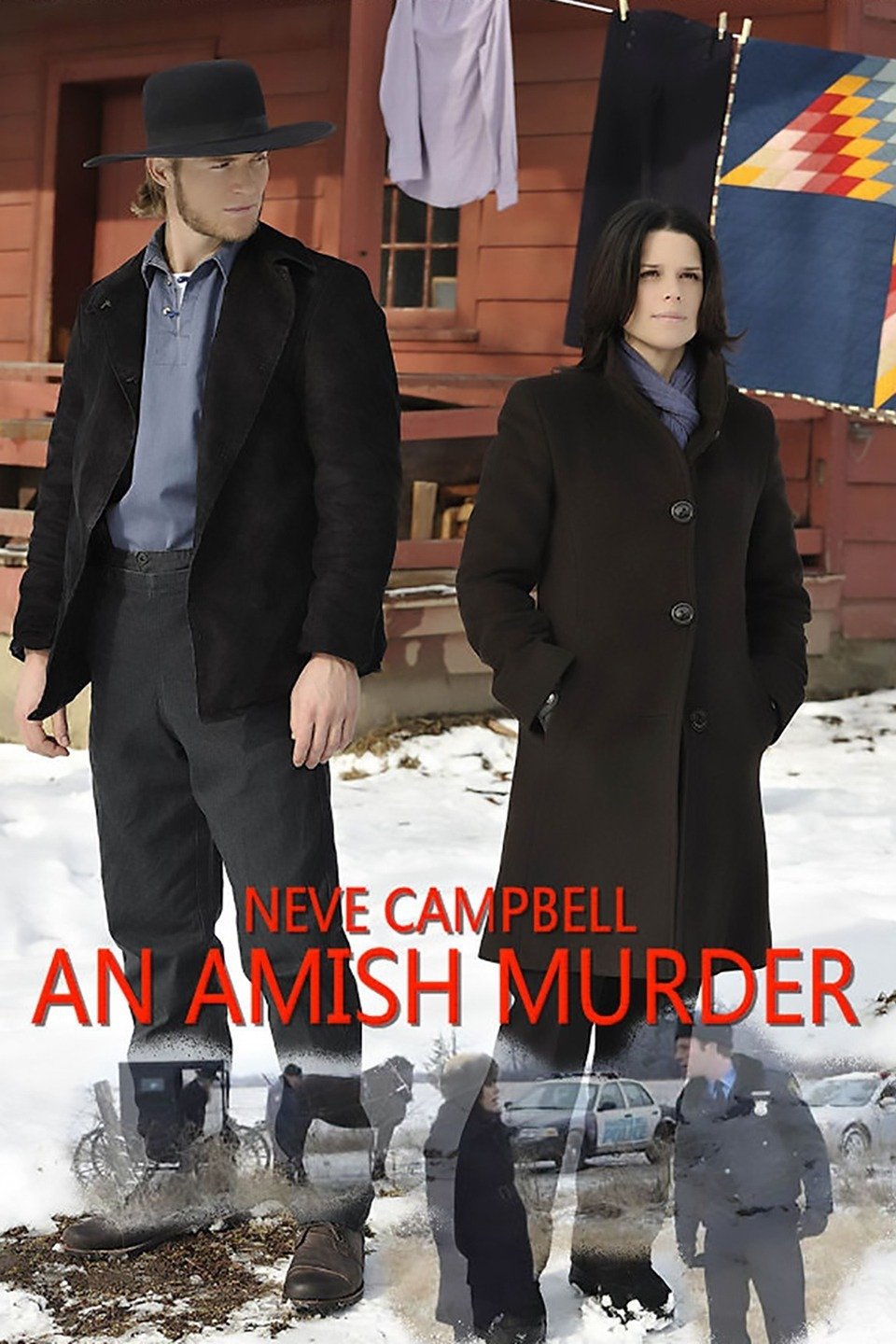 “Oh man, I’m so glad. It’s just that I thought you were one of those horrible… you know, boring… But your a stiff because you’re… Amish. ” – John

My Take on it – This is a film that I saw not long after it was shown on Lifetime in 2013 and I liked so many aspects of it despite the fact that it failed to be picked up as a new series.

The premise is quite unique and I liked the way that they portray the character because even in this TV movie pilot, they show how much potential these characters and location have for a longer run than just a 90 minute story.

Neve Campbell is great in the lead role here and we get to see how someone who left the Amish community can still respect their ways while also using that information to try and solve the current murder case.

Not many films and TV shows have gone into the world of the Amish and this story gives us insight into things not usually dealt with by the medium of Film and TV.

Most film lovers will only be able to associate the Amish with Witness (1985) and perhaps the few short scenes of The Frisco Kid (1979) (Ironically both feature Harrison Ford).

The character of Profiler John Tomasetti is also given an interesting backstory and this film only hints to some of the complexities of his life, but I’m sure a longer run would have explored those facets too.

The murder mystery of the film goes pretty much by the book and there aren’t many surprises yet it gives us a unique perspective on things which is what makes this film worthwhile watching at least once.

Bottom Line – Great idea that unfortunately wasn’t eventually picked up as a TV show. Campbell is great in the lead role and we learn so much about her character and the way of life of the Amish while still leaving so much more to be discovered later on. The premise is quite unique and gives the viewer insight into a world that hasn’t been looked into much via the medium of film and TV.  The character of profiler John Tomasetti is also drawn quiet complexly that the potential for so much more from him is quite evident the entire way. The murder mystery itself is quite by the book for a procedural but the uniqueness of this story is it’s angle and viewpoint on things and not on the specific murder that the police are trying to solve. Recommended!

MovieRob’s Favorite Trivia – Originally conceived as a backdoor pilot originally titled Sworn to Silence that aired as the Lifetime TV movie. (From Wikipedia)