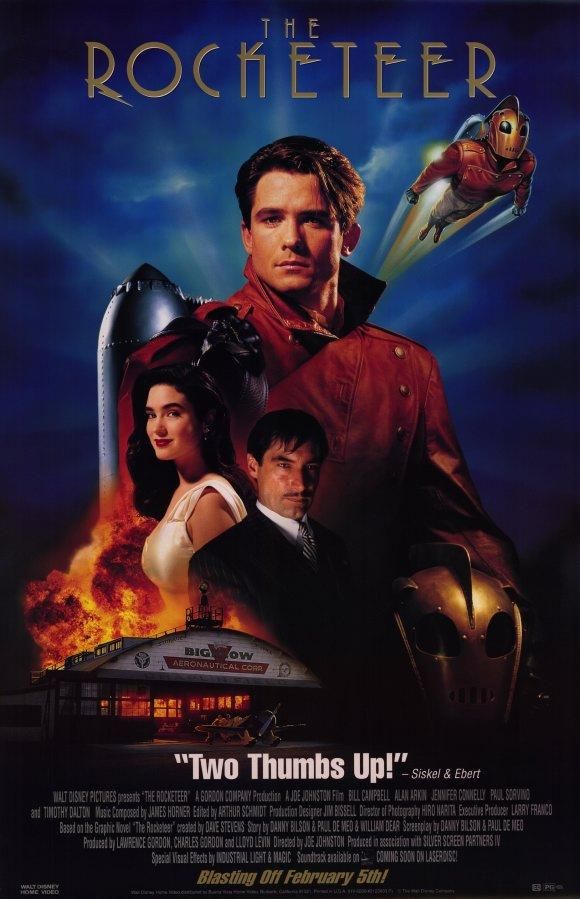 This is the 2nd of 3 reviews that are part of The 3rd Annual Remembering James Horner Blogathon hosted by Becca over at Film Music Central  .  Tnx for letting me participate! 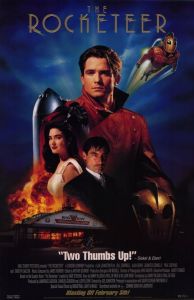 “[impatiently to an experienced actress] Acting is acting like you’re *not* acting, so act, but don’t *act* like you’re acting.” – Victor

Brief Synopsis – During the late 1930’s, a Hollywood stunt pilot comes across a secret jet pack that is being sought after by both American and Nazi agents

My Take on it – When Becca announced this year’s Horner blogathon, I decided that I wanted to try and watch some of the films that he had scored that I was less familiar with.

This is a film that I havent seen in over 27 years when it first came out in the theater.

I didn’t remember much, but I recalled it being a fun action adventure film.

Upon rewatching it, I can definitely attest that this film has it’s high points which are fun but overall the film feels as if it is lacking something that would help it feel more unique or innovative.

The action sequences and special effects are done really well which gives the viewer reasons to cheer, but it unfortunately feels too much like a real superhero film doppelganger that fails to stay interesting for the entire runtime.

Billy Campbell was an interesting choice as the lead here, but he just isn’t as good as Timothy Dalton  as Sinclair who outshines him throughout.

The music by Horner helps make this film a bit more enjoyable.

Listen to his score here:

I can definitely understand how this film failed to be turned into a franchise and that largely has to do with the fact that it just isn’t as exciting as one would hope it could be.

Bottom Line – Fun film that lacks something that feels unique or innovative. The action sequences are done really well which gives this film moments to cheer for, but overall, it just feels like a real superhero film doppelganger that doesn’t manage to stay interesting the entire time. Campbell is quite lackluster in the lead and Dalton’s Sinclair is the most interesting of the characters.  I can understand how this film failed to be turned into a franchise when it just doesn’t manage to be as exciting as one would hope it could be.

MovieRob’s Favorite Trivia – During the fight scene on-board the zeppelin, Cliff says to Neville, “Where’s your stuntman now Sinclair?”, to which Neville replies “I do my own stunts.” This line is in reference to Timothy Dalton’s time as James Bond, since he is known for being the only Bond actor to perform most of his own stunts. (From IMDB)