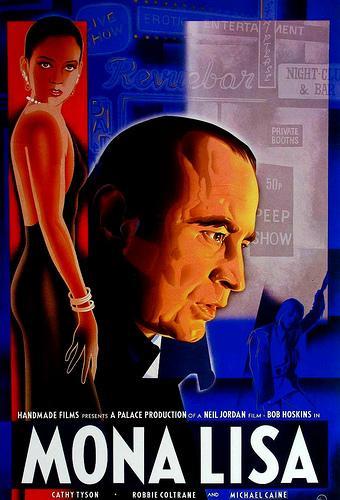 Brief Synopsis – A man recently released from prison gets a job driving a hooker around London at night.

My Take on it – This is a film that I had no interest at all in seeing over the past 30+ years, but since this was the sole Oscar nomination for Actor for Bob Hoskins in his career, I decided to finally give it a try.

Hoskins is truly great here and I think it’s largely due to the fact that he was completely cast against type in this role and soars with it.

His performance was definitely the best of the nominees that year and if it wasn’t for the fact that the Academy chose to give Paul Newman a career Oscar that year for The Color of Money (1986), Hoskins probably would have won.

The story itself is quite intriguing and they do a great job slowly revealing more and more information that helps keep things interesting the entire time.

This is a story that goes into some very dark places yet still remains gritty and never seems to lose its focus during this journey which helps tell the kind of story that they want to tell us.

In addition to Hoskins, this film features Michael Caine and an almost unrecognizable Robbie Coltrane.

Both are fine here, but neither helps move the story to greater heights.

Bottom Line – Hoskins is great here because he plays so against type in this role. The story is intriguing and keeps things interesting as we slowly learn more and more about what is going on. Hoskins was nominated for Best Actor for this role and his performance is quite deserving of all of the accolades it has received; he does give the best performance of the nominees and probably would have won had Newman not been given a “career” award. This story goes into very dark places in society and doesn’t lose focus on the kind of story that they are trying to tell. Recommended!

MovieRob’s Favorite Trivia – Bob Hoskins was unaware that Michael Caine was in the film, until he arrived on set for the first day of shooting. Caine himself had created the ruse while they worked together on Sweet Liberty (1986). He told Hoskins that he had been offered the part, but it was too small, and he was tired playing villains, even though he had already agreed to take the role. (From IMDB)