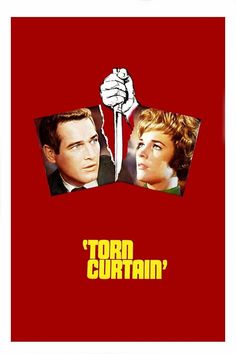 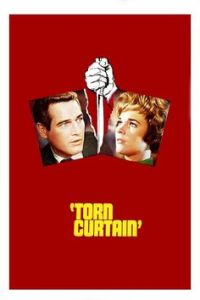 “You’ll recognize him. He has red hair which is not his own, and his name is Hugo. But don’t give him that money until after you’ve landed. ” – Farmer

Brief Synopsis – An American Physics professor defects to Berlin during the Cold War after his project is cancelled by the government.

My Take on it – In my quest to watch and review all of famed director Alfred Hitchcock’s films, I decided to check this film out.

The general premise of this film is quite interesting and works on a whole.

Unfortunately, Paul Newman feels very miscast here as a top physicist who decides to defect from the West in order to help the Germans.

As always, Hitchcock does a fine job keeping this story thrilling and entertaining while also remaining quite believable due to the realistic feel of it all.

The way that life behind the “Iron Curtain” is completely given from a Western perception,  yet it still manages to work due to the way that things were perceived at the time.

This is a thriller that doesn’t work as well as some of Hitchcock’s other thrillers largely due to the fact that something feels missing along the way.

That being said, this movie still manages to keep things interesting the whole time despite that.

This isn’t one of Hitchcock’s best, yet still is enjoyable.

Bottom Line – Interesting idea that isn’t as effective as it could be since Newman is very miscast in the lead. Hitchcock does a wonderful job keeping the story believable and realistic. The perceptions of the way things run behind the “Iron Curtain” are given from a very Western perspective and seem to follow what was thought of at the time.  The story doesn’t work as well as some of Hitchcock’s other thrillers and something does feel missing along the way despite the fact that it stays interesting, evne if far from perfect. Recommended!

MovieRob’s Favorite Trivia – In conversation with François Truffaut, Alfred Hitchcock said that he included the fight scene deliberately to show the audience how difficult it can be to kill a man, because a number of spy thrillers at the time made killing look effortless.  (From IMDB)