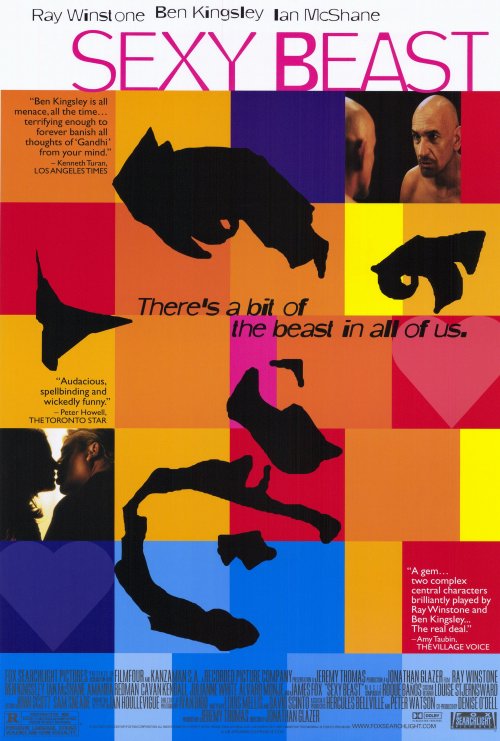 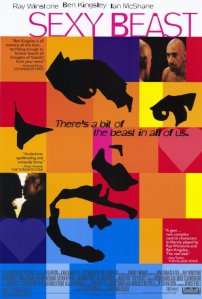 “But quite frankly your attitude appalls me. It’s not what you’re saying. It’s all this stuff you’re not saying. Insinnuendos.” – Don

Brief Synopsis – A retired burglar is propositioned for a new job and must try and find a way to get out of it when a violent gangster shows up to make sure that he takes the job.

My Take on it – This is another example of a pretty bad film that is accentuated by a stellar performance.

Ben Kingsley is known for being a superb actor but in this film he gets to play very much against type as a very vicious gangster who’s verbal skills are not for the faint of heart.

He was deservingly nominated for numerous awards for this role as supporting actor and even managed to garner an Oscar nomination for this performance.

The plot and storyline of this film follows the connect the dots structure of this kind of film and barring Kingsley’s performance, this film has very little to offer that is innovative and fresh.

Winstone’s lead performance, on the other hand is too over the top and completely unbelievable and borders on laughable the entire time.

I normally only recommend films as a whole, but this film needs to be seen solely for the tour de force performance of Kingsley despite the rest of the nonsense presented to us.

Bottom Line – Kingsley is viciously brilliant in this very mediocre film. The storyline itself generally follows the usually flow of things in this kind of film and doesn’t manage to offer us anything really new or innovative in the plot structure. Kingsley plays his role superbly despite being very against type for him and its understandable how he could get multiple nominations for supporting actor for this role including at the Oscars.  See this film solely for his performance and disregard the rest of the nonsense in this film.

MovieRob’s Favorite Trivia – Reportedly the other actors were so stunned by the ferocity of Ben Kingsley’s performance that they occasionally forgot their lines and much of the fear in their performances wasn’t difficult to act. (From IMDB)